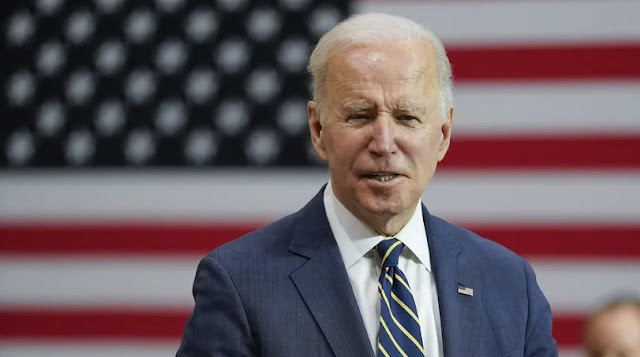 The US President wants to move troops in the short term, but it is about "not too many" soldiers. Boris Johnson and his Foreign Secretary are planning a trip to the region.

In view of the Ukraine conflict, the US President wants to increase the military presence in Eastern Europe. "I will be relocating soldiers to Eastern Europe and the NATO countries at short notice," said Joe Biden. However, only a small number of soldiers will be deployed. US Secretary of Defense Lloyd Austin and Chief of Staff Mark Milley had previously called for de-escalation to prevent a "appalling" war.

At first, Biden did not specify how many soldiers he wanted to transfer to Eastern Europe. It's about "not too many" soldiers, he told journalists. Biden did not give any details at the time either.

The USA had already put 8,500 soldiers on alert to strengthen the NATO presence. However, Biden had emphasized that it was a precautionary measure that no US soldiers would be sent to Ukraine. Tens of thousands of US soldiers are regularly stationed in Europe, including around 35,000 in Germany, even outside of times of crisis.

In view of the tensions with Russia, NATO announced earlier this week that it would increase its military presence in Eastern Europe. Several member states of the western military alliance want to send additional combat aircraft and ships to the Baltic Sea and Eastern European countries such as Lithuania, Romania and Bulgaria.

According to Western sources, Russia has massed more than 100,000 soldiers on the Ukrainian border. As a result, there are fears in the West that the Kremlin could be planning an invasion of the neighboring country.

However, it is also considered possible that fears are only being stirred up in order to persuade the NATO states to make concessions when demands for new security guarantees are made.

French President Emmanuel Macron spoke to Putin on the phone about the conflict on Friday. Both agreed on the need for de-escalation, according to Élysée circles after the phone call.

In the coming days, Boris Johnson also wants to call Putin. According to a government spokeswoman, the British Prime Minister wants to appeal to Russia to "pull back" and return to the negotiating table. According to government sources, Johnson also plans to travel to the region in the coming days. Secretary of State Liz Truss should accompany Johnson. An exact destination was not mentioned.