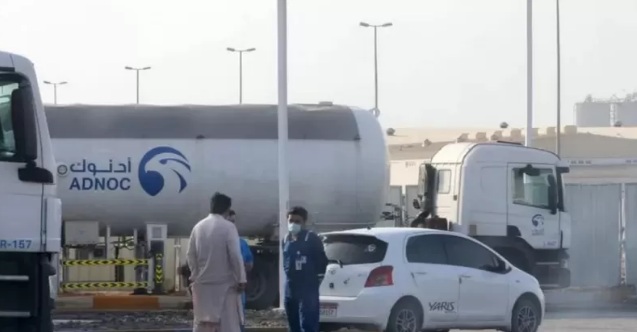 Yemen's Houthi rebels have threatened more airstrikes if the United Arab Emirates does not stop its offensive against Yemen.

A spokesman for the Houthi rebels warned ordinary citizens and international companies to stay away from key installations in the UAE, where more attacks could take place in the future.

One Pakistani and two Indian nationals were killed and six others were injured when three oil tankers exploded in the port area of ​​Abu Dhabi in the United Arab Emirates on Monday.

The bombings are said to be the result of drone strikes carried out by Houthi rebels. The UAE's foreign ministry condemned the Houthi rebels in a statement issued on Monday, saying "they will be punished" and that the UAE had the right to retaliate against the terrorist attack.

Immediately after the killings in the UAE, the Saudi-led military coalition, of which the UAE is a part, launched airstrikes on the Yemeni capital, Sanaa, which is controlled by Houthi rebels. According to reports from Sanaa, there were reports of civilian casualties in the attacks carried out by the military coalition.

Sanaa residents told Reuters that 14 civilians had been killed so far in the airstrikes. The Houthi rebels claim that the latest bombing has killed at least 20 people and injured dozens more.

A military spokesman for Yemen's Houthi rebels has claimed responsibility for the attack in the United Arab Emirates, claiming that five ballistic missiles and drones were used.

According to the Abu Dhabi Police, a preliminary investigation has revealed that parts of a possible drone were found at the crash site. A statement from Abu Dhabi's police said, "Preliminary investigations indicate that three objects, such as drones, apparently fell in two different areas and may have caused an explosion and a fire."

The site of the fire is located near the oil reserves of the state oil company Abu Dhabi National Oil Company (ADNOC). In addition to the port of Abu Dhabi, fires were also reported from the airport area.

According to the news agency Reuters, the police said that three oil tankers had exploded in the area of ​​Musafah Iked 3 near Abu Dhabi port which caused a fire.

Middle East affairs expert Trojorn Soltweit says the current tensions could worsen the security situation in the region and escalate the ongoing war in Yemen. The United Arab Emirates is part of a Saudi-led military coalition fighting Houthi rebels in Yemen.

In the past, Houthi rebels have carried out missile and drone strikes against Saudi Arabia. But such attacks on the UAE are rare. The state often denies such attacks. Do You Know What We Have Posted on