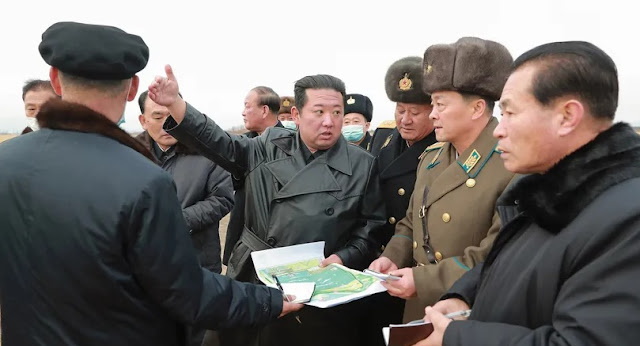 The isolated country ignores international sanctions and is testing a medium-range missile again for the first time. The projectile is said to have flown 800 kilometres.

Despite international sanctions, the self-declared nuclear power North Korea has undertaken its largest missile test since 2017.

Immediately after the test, South Korean President Moon Jae In accused the neighboring country of coming a step closer to completely breaking its self-imposed moratorium on long-range missile tests.

North Korea's ruler Kim Jong Un declared in April 2018 that nuclear tests and tests with medium- and long-range missiles were not necessary for the time being. A decision by the Central Committee later only mentioned a test ban for ICBMs. Medium-range missiles are missiles with a range of 800 to 5,500 kilometres.

North Korea has tested missiles several times since the beginning of the year. Before the latest test, the country said it had fired two "tactical surface-to-surface guided missiles" with conventional warheads on Thursday.

North Korea regularly tests different types of missiles. For years, the communist leadership in Pyongyang has been pushing ahead with the development of missiles that could be equipped with nuclear warheads. The international community has therefore punished the isolated country with severe sanctions.

In the face of criticism of its missile tests, North Korea claims it is exercising its right to self-defense, among other things. The country has declared itself a nuclear power. Due to the negotiations about its nuclear weapons program, however, its status is open. The US negotiations with North Korea have not progressed for a good three years.