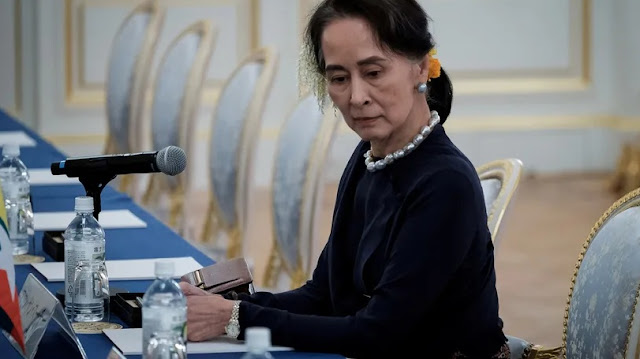 The judiciary of Myanmar's military junta is expanding the case against the Nobel Peace Prize winner. You face up to 160 years in prison.

In Myanmar, the judiciary has brought five further charges of alleged corruption against Prime Minister Aung San Suu Kyi, who was ousted in a military coup. This was reported by several media, citing sources familiar with the court case.

Overall, the 76-year-old is now confronted with eleven charges. Ten of these involve violations of an anti-corruption law. According to the information, she faces up to 160 years in prison.

A few hours later, however, the military junta announced that the sentence would be reduced to two years. As the trial is closed to the public, Suu Kyi's reaction to the verdicts is unknown.

It is also unclear whether she will actually serve a sentence or remain under house arrest. Suu Kyi was arrested after the military coup in the Southeast Asian country in early February.

Observers and human rights experts speak of a show trial against her and suspect that the junta wants to use this to silence the politician in the long term. The process began in mid-June in the capital, Naypyidaw.

Since the overthrow, Myanmar has descended into chaos and violence. The military suppressed any resistance with brutal severity.