Military Alliance Led By Russia Has Arrived In Kazakhstan 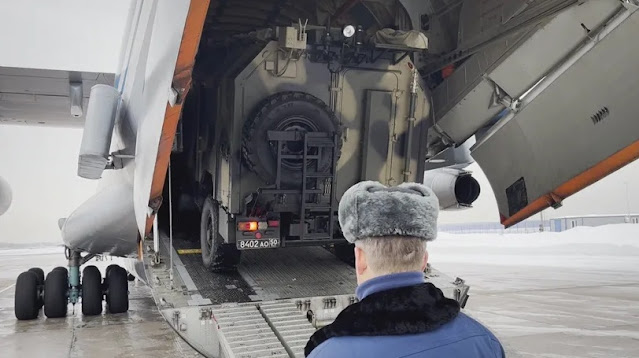 The first soldiers of a peacekeeping force led by Russia have arrived in Kazakhstan. Meanwhile, the country has opened the first proceedings against demonstrators.

Because of the violent protests in Kazakhstan, the first soldiers of a peacekeeping force led by Russia have arrived in the country. The Russian Ministry of Defense announced.

The "peacekeeping force" had been sent to Kazakhstan for a limited time "in order to stabilize and normalize the situation," said a statement from the CSTO. In addition to Russia and Kazakhstan, four other former Soviet republics are members of the military alliance. The alliance did not provide any information on the number of soldiers sent.

The US government, meanwhile, has warned Russia of human rights violations and stressed that the international community will keep an eye on the troops' actions in Kazakhstan.

"The United States and the whole world will be watching any human rights violations," said US State Department spokesman Ned Price. "We will also watch out for actions that could form the basis for the seizure of Kazakh institutions."

In addition, the state broadcaster Khabar 24 reported that pre-judicial investigations had been initiated into the "carrying out of acts of terrorism" . If convicted, there is a risk, in the worst case, of life imprisonment and withdrawal of citizenship.

The unrest in the ex-Soviet republic, which is rich in oil and gas, was triggered by displeasure at the rise in fuel prices at petrol stations.

But they quickly turned into sometimes violent protests against the authoritarian government, which people accuse of abuse of power and corruption, among other things. There were violent riots in the megacity of Almaty in particular.

The clashes apparently flared up again on Thursday ; Gunshots could be heard again in the economic metropolis of Almaty. According to media reports, the security forces cleared a central square in the city, which was an important meeting point for the demonstrators.

Kazakhstan was ruled for decades by the ruler Nursultan Nazarbayev, who retained great influence even after his resignation in 2019.
In response to the protests, the current President Kassym-Jomart Tokayev dismissed the entire government and imposed a nationwide state of emergency. He also used the military against demonstrators.
According to official figures, there were deaths and more than 1,000 injured. A Russian-led military alliance sent soldiers to assist at Tokayev's request.