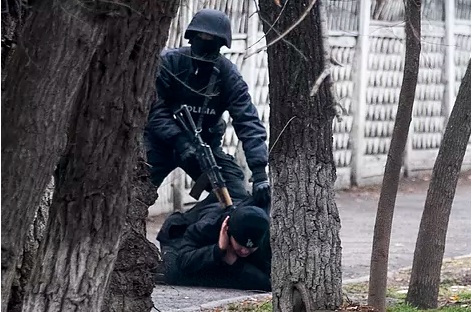 According to government sources, 167 people have died and 5,135 have been arrested since the riots began in Kazakhstan.

At least 167 people have died in the unrest that is taking place this week in Kazakhstan, of which 103 have taken place in the economic capital Almaty, various media reported today, citing the health ministry.

This balance, which has not been able to be verified independently, is on the rise. Authorities had so far reported 26 protesters and 16 members of the security forces dead, as well as more than 2,000 injured.

In addition, 5,135 people have been arrested in the framework of 125 different investigations, the Interior Ministry has declared, quoted by the media.

Kazakhstan, a country of 19 million people rich in hydrocarbons, this week has been the scene of a series of unprecedented riots since its independence in 1989, which have caused dozens of deaths.

The mobilization began last Sunday in the provinces due to the increase in the price of gas, and spread to large cities, especially Almaty, the economic capital, where riots broke out.

The police fired live bullets at the protesters. According to the Interior Ministry, the material damage is estimated at about 200 million dollars.

More than 100 shops and banks have been looted and more than 400 vehicles destroyed, according to the same source.

"Currently, the situation is stabilized in all regions of the country," said Interior Minister Erlan Turgumbáyev, adding however that " the anti-terrorist operation continues to restore order to the country."

In Almaty, relative calm seems to have returned. Police fired a few shots in the air to prevent people from approaching the city's central square, an AFP journalist found on Saturday.