A Track Where Freight Trains Are Looted 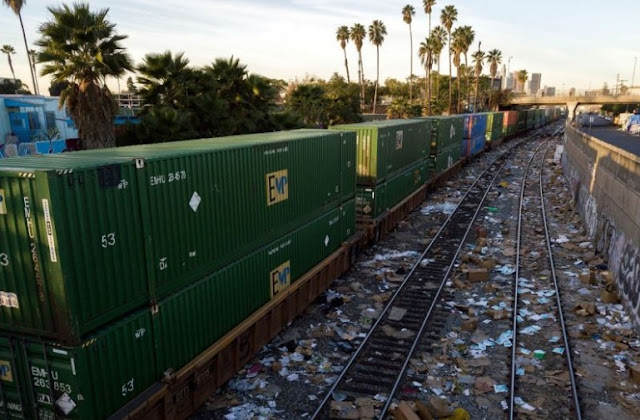 Incidents like bank vans leaving the bank, robbing people in public and theft are commonplace, but have you ever heard of train carriages being looted as usual? But it is true. There is also a railway track in the United States that is a haven for thieves and where freight cars are regularly looted.

The thieves loot the goods passing through here and leave the empty boxes on the track. Every day on the Los Angeles Railways, thieves break into dozens of freight cars with nut-bolt-opening tools, and take advantage of train stops to buy packages online, including Amazon, FedEx, UPS and Target. They return, after which thousands of boxes and products never reach their destination.

VIDEO: 🚉 Dozens of freight cars are broken into every day on Los Angeles's railways by thieves who take advantage of the trains' stops to loot packages bought online, leaving thousands of gutted boxes and products that will never reach their destinations https://t.co/BCizSlXr3t pic.twitter.com/kEwXfGz6Mz

An AFP team visited a track near the city center on Friday, which was easily accessible from nearby streets. Here the thieves wait until the long freight trains move on the tracks, and then climb on the freight containers, the locks of which they break easily with the help of bolt cutters.

Then they take out the items of their choice from the parcel. Rail Operators Union Pacific has seen a 160 percent increase in thefts in Los Angeles County since December 2020.

According to UP, in October 2021, there was an increase of 356 per cent over October 2020, ”the UP said in a letter to local authorities. Performing their duties in moving trains. This trend has recently increased with Christmas shopping.

In the last quarter of 2021, Los Angeles County averaged more than 90 containers a day, according to UP reports. Union Pacific says it has strengthened surveillance measures. 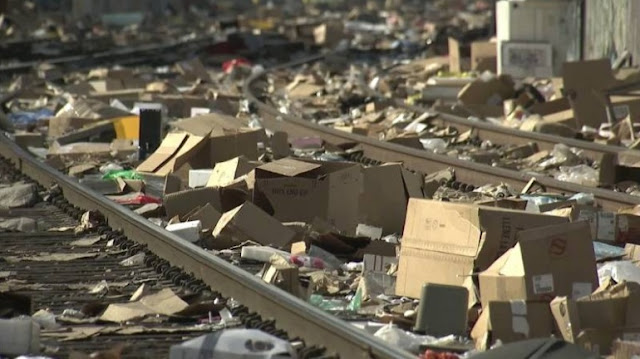 Police and security agents, meanwhile, have arrested more than 100 people in the last three months of 2021 on charges of "trespassing and vandalism" on Union Pacific trains.

A spokesman for the rail operator said the offenders were caught and apprehended but were reduced to a minor offense with minimal charges, and the person was fined less than 24 hours after paying the minor fine. I'm back on the streets." "In fact, the perpetrators are proud of our officers that no results are forthcoming," he said.

Union Pacific wrote a letter to the Los Angeles County Attorney's Office in late December, asking them to reconsider the relaxation policy introduced in late 2020 for such crimes. The operator estimates that the losses from the thefts in 2021 were approximately 5 million dollars, adding that the amount of claims and damages "does not include related damages to our affected customers."