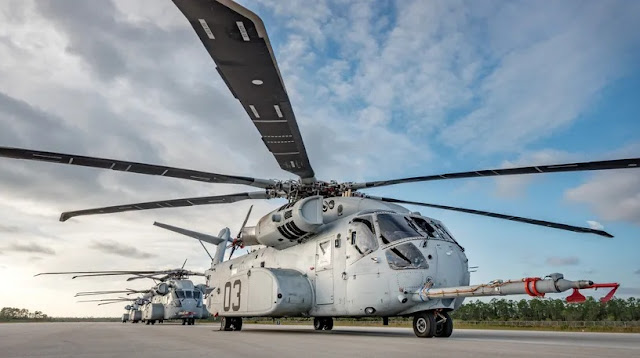 The arms deals are not in crisis even during the Corona crisis: In 2020, heavy weapons and military services worth 531 billion US dollars were sold.

The 100 largest arms manufacturers in the world increased their sales in 2020 despite the pandemic: They achieved a total of 531 billion US dollars (470 billion euros) - a currency-adjusted increase of 1.3 percent compared to the previous year, as the Stockholm peace research institute Sipri combined Report announced on Monday. US companies are by far in the lead, followed by companies from China.

Despite the shrinking global economy and supply chain bottlenecks, the armaments companies are "largely protected by the ongoing state demand for military goods and services," says Sipri expert Alexandra Marksteiner. "Some governments have even increased their payments to the defense industry to mitigate the effects of the Covid-19 crisis."

US corporations make more sales than any other combined

US companies continue to dominate the Sipri rankings in 2020. Arms sales for the 41 US companies on the list totaled $ 285 billion, up 1.9 percent from 2019. US arms manufacturers accounted for 54 percent of total arms sales in the top 100.

According to the report, the US defense market is relying on mergers and acquisitions to remain the leader. The companies also expanded their portfolio accordingly. "This trend is particularly pronounced in the space sector," said Marksteiner.

Chinese companies are emerging as some of the "most advanced military technology manufacturers in the world," added Nan Tian, ​​senior scientist at Sipri. The five Chinese arms companies in the ranking accounted for 13 percent of total sales. This puts China far behind the USA, but still ahead of Great Britain, which is in third place. The Chinese manufacturers have benefited from the country's military modernization programs and the amalgamation of military and civil projects in recent years, said Nan Tian.

The European manufacturers, on the other hand, have a mixed record in the first Corona year. The 26 European arms companies together accounted for 21 percent of total arms sales ($ 109 billion).

The four German companies in the Sipri list of the 100 largest armaments companies generated an increase in sales of 1.3 percent, with the largest German arms manufacturer Rheinmetall recording an increase of 5.2 percent. The shipbuilder ThyssenKrupp, on the other hand, reported a decline of 3.7 percent.

Russia in fourth place did not experience any growth, however, but a significant decrease of 6.5 percent to 26.4 billion US dollars. According to Sipri, this was due to delivery delays caused by the pandemic and the end of the state armaments program.

For many people, the corona pandemic means the loss of their livelihoods. At the same time, the arms industry is booming