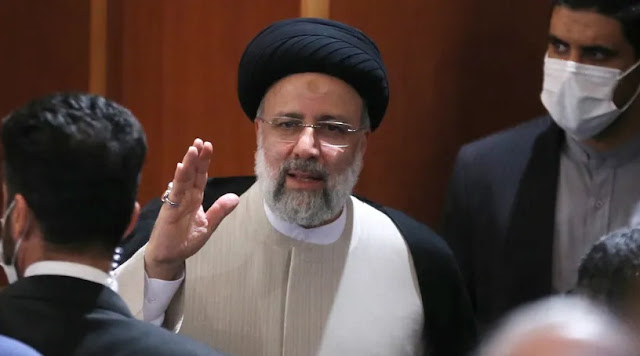 In the midst of talks about a new version of the nuclear agreement, the US announced new punitive measures. The reason is "clear violations of human rights".

The US has imposed new sanctions on around a dozen organizations and individual leaders in Iran. The Treasury Department in Washington said the sanctions responded to "clear violations of human rights". Among other things, you will meet Iranian special forces from the security services or counter-terrorism. The management of Iranian prisons is also affected by the sanctions, it said in Washington.

In Vienna, negotiations are currently underway with Iran to revive the 2015 nuclear agreement, which is intended to prevent Tehran from building nuclear weapons. The United States withdrew from the agreement in 2018 under President Donald Trump and had imposed a number of sanctions on the government in Tehran.

Thereafter, Iran also gradually withdrew from the agreement. Above all, the country expanded its uranium enrichment capacities and restricted the control options of the International Atomic Energy Agency (IAEA). The Iranian nuclear program was also the subject of the video summit of US President Joe Biden and Russian President Vladimir Putin on Tuesday. In the past, Biden had basically signaled readiness for a new version of the agreement.

France recently rejected proposals from Tehran to save the agreement. "The proposals that Iran made last week are not a sensible basis," said a spokeswoman for the French Foreign Ministry on Tuesday. They are also "incompatible with the goal of a speedy deal that takes everyone's interests into account," she added.