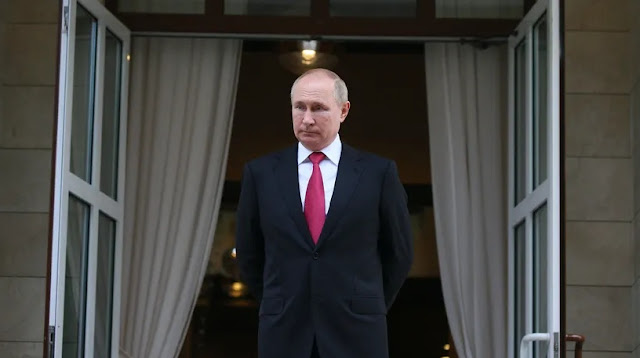 Ukraine fears a major Kremlin invasion in January. Biden and Putin may have a video summit next week to discuss this.

US President Joe Biden has warned Russian President Vladimir Putin against engaging in military action in Ukraine. In the face of a large deployment of Russian forces on the border with Ukraine, there were fears that Russia might attack the neighboring country. Biden is planning extensive initiatives to "make it very, very difficult" for Putin to invade Ukraine, he told journalists in the White House.

The US President and Kremlin chief will soon meet for a video summit. The date for the conversation has already been set, said Putin's foreign policy advisor. "We are about to reach an agreement on the time that everyone will agree to," said Yuri Ushakov.

Fears have been expressed from the Ukrainian capital, Kiev, that Russia could launch a major attack soon . "The most likely time for escalation is the end of January," said Ukrainian Defense Minister Oleksi Resnikov.

The Ukrainian secret service is currently analyzing all possible scenarios. Moscow rejected these allegations. Russia accused Ukraine of letting the West arm itself with military equipment and criticized NATO military maneuvers near the Russian border.

Biden did not elaborate on the planned sanctions. Russian Foreign Minister Sergei Lavrov previously met at an OSCE summit in Sweden with US Foreign Minister Antony Blinken, who threatened new sanctions against Russia.

This meeting created further tensions between the US and Russia. The US efforts are ineffective, Lavrov said. "When the new sanctions come from Hell, we will answer," he said.

Blinken said the US had made it clear to the Kremlin "that we will respond resolutely," including a number of highly influential economic measures that have so far been refrained from.

Omicron: The First Real-World Data On Corona's New Type Of Omicron Has Surfaced

Such a step would go far in the direction of excluding Russian companies from the global financial system. Western allies reportedly considered such an approach in the Ukraine conflict in 2014 and 2015.

The Russian Prime Minister Dmitri Medvedev compared this with a "declaration of war".