The Story Of Former Afghan President's Escape From Afghanistan 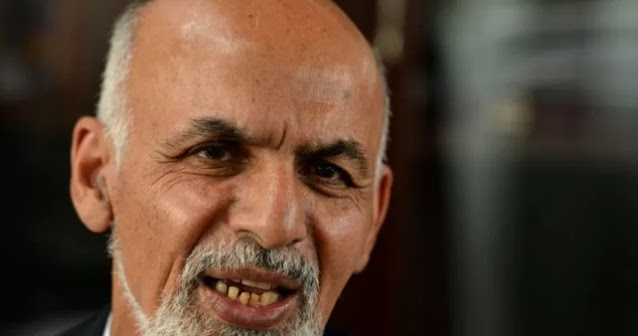 Former Afghan President Ashraf Ghani has defended his decision to leave the country this year at a time when the Taliban were at the gates of Kabul. He says he did it to save Kabul from destruction.

Ashraf Ghani has revealed that when he woke up on the morning of August 15, he had "no idea" that this would be his last day in Afghanistan.

He told BBC Radio 4's Today program that as his plane was leaving Kabul, he realized he was leaving the country.

He is thought to have survived an earlier attempt to oust him following Mr Jiang's intervention, in which he was accused of leaving the country at a critical juncture. Ashraf Ghani is currently based in the United Arab Emirates.

Former President Ghani made the remarks while talking to General Sir Nick Carter, the former Chief of Defense Staff of the United Kingdom, who was a guest editor of Program Today on Thursday.

Recalling the day, Ashraf Ghani said that the Taliban fighters had agreed not to enter Kabul, "but after two hours the situation was not like that."

Two different factions of the Taliban were moving in two different directions," he said. And because of the potential tensions between them, the city of five million people could be devastated and the people could go through a great tragedy."

He agreed that his national security adviser and his wife should leave Kabul, and then waited for a car that would drop him off at the Ministry of Defense.

But the car could not reach. On the contrary, the "nervous" presidential security chief came to him and told him that if you insisted on staying here, "we will all be killed."

"He did not give me more than two minutes," Ghani said. My instructions were to take me to Khost city. They told me that Khost was also under Taliban control and so was Jalalabad.

I did not know where we were going. It was only when we flew that it became clear that we were leaving Afghanistan. So it all happened in a hurry

After his departure, Ashraf Ghani faced severe criticism from all quarters in Afghanistan, including his vice president, Amrullah Saleh, who called it "disgraceful."

Allegations were made that Ashraf Ghani had taken a large amount of money with him, but he categorically denied this and said that he would welcome an international inquiry into the matter. The allegation could be proved wrong.

"I want to say bluntly that I did not bring money from the country," he added. My lifestyle is in front of everyone. What will I do with this money? However he acknowledged that their numbers were not enough to defeat President Conte's government.

However, he also referred to the agreement reached between the Taliban and US President Donald Trump, which laid the groundwork for the events of August 15. Instead of a peace process, we have an evacuation process," he said. "The way this agreement was made, it 'erased' us," he added.

According to the agreement, the United States agreed to reduce its and its allies' troops and exchange prisoners, after which the Taliban agreed to negotiate with the Afghan government.

However, the talks failed, and by the summer of 2021, US President Joe Biden had been in favor of withdrawing troops by September 11, and the Taliban were occupying one city after another in Afghanistan.

Ashraf Ghani said what happened in the end was a "violent occupation, not a political agreement or a political process involving the people."

The day President Ghani left Kabul, the Taliban took control of Kabul. Since then, the country has experienced an economic and humanitarian catastrophe that has been exacerbated by a lack of international assistance.

Three months later, President Ghani says he will take responsibility for some of the reasons for the fall of Kabul, such as "relying on international partners."

"My life's work has been ruined," he added. My values ​​have been trampled. And I have been made a scapegoat.'