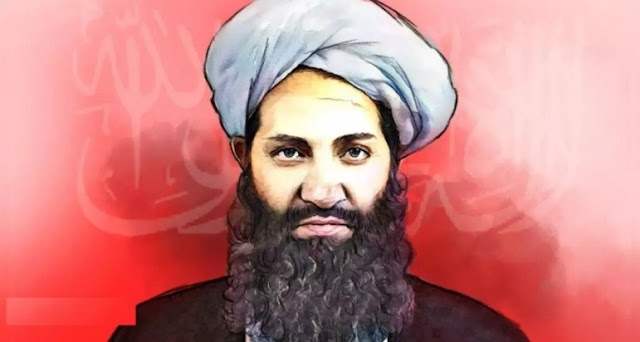 Hezbollah Akhunzada, the supreme leader of the Taliban, is still speculated on whether he is alive or dead. However, they have not yet appeared.

According to the French news agency AFP, various suspicions are being expressed about the life or death of Hebatullah Akhonzada, the supreme leader of the Taliban. However, the mystery surrounding his resurrection has deepened since he did not come to light. It is still unclear who is leading the Taliban.

When the news about the death of Hebatullah Akhonzada was on the rise, then such posts came up which gave the impression that he is alive.

According to reports, the "Taliban Amir" addressed a madrassa in Kandahar. The head of Hakimiya Madrassa says that rumors and propaganda have come to an end after the emergence of Taliban Amir. However, sources said that he was killed along with his brother in a suicide attack three years ago.

The French news agency AFP tried its best to find out whether the Taliban's fugitive Supreme Leader Hebatullah Akhunzada was alive or dead, but could not reach a final conclusion.

Two months after the Taliban spokesman's claim that Akhunzada was alive and well in Kandahar, on October 30, it was rumored that the "Taliban Amir" had addressed a madrassa in Kandahar.

Taliban officials also confirmed his speech at the Hakimiyah madrassa and released an audio recording of about ten minutes. The audio was claimed to be Akhonzada's faltering voice. In which he is saying, "May Allah give a great reward to the oppressed people of Afghanistan who fought against the infidels and oppressors for 20 years."

In the past, their messages on Islamic festivals were usually in written form and were read aloud.

Since October 30 this year, Madrasa Hakimiya has become the center of attention of the people. A large number of Taliban supporters are arriving at the madrassa. There are also Taliban militant guards outside the blue and white gate of the madrassa.

The head of security at the madrassa, Masoom Shakarullah, told AFP that when the "Amir al-Muminin" came here, he was armed and had three security guards with him. He added that mobile phones and sound recorders were not allowed in the madrassa at that time. "We were all watching him and were shocked," said Muhammad, a 19-year-old student.

When Muhammad was asked if he could say with certainty that he was Akhunzada, he said that he and he were so overjoyed that they "forgot to look at his face carefully." 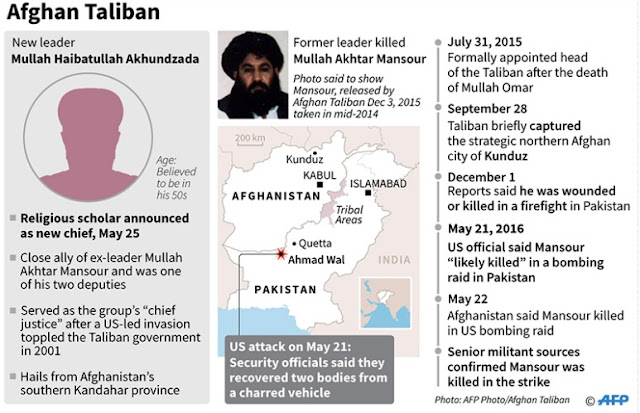 Over the past two decades, US drone strikes in Afghanistan have rarely exposed most of the senior Taliban leaders in public. Akhunzada became the Taliban's supreme leader in 2016, following the death of his predecessor, Mullah Akhtar Mansour, in a similar US attack. He soon gained the support of al-Qaeda leader Ayman al-Zawahiri, who called him "Amir al-Mu'minin."

The Taliban have released only one photo of Akhunzada during the past five years, when he was head of the militant group. But according to the Taliban, the photo was taken two decades ago. In this photo, he is seen with brown hair and a white turban.

Maulvi Saeed Ahmed, the superintendent of Hakimiyah Madrassa, where Akhunzada allegedly gave his speech, says that "rumors and propaganda" regarding the death of "Amir al-Mu'minin" have disappeared since his appearance.

Mohammad Musa, a 13-year-old student who had seen Akhunzada from afar, said that he looked exactly like the one in the well-known picture.

Has Hebatullah Akhund been killed?

Afghanistan's ousted government officials and Western analysts say Akhunzada died several years ago. He says the visit to the madrassa is nothing more than a well-arranged drama. He argues that Mullah Omar, the founder of the Taliban, died in 2013, but the Taliban have been trying to prove him alive for two years.

A former Afghan government security official told AFP that Akhunzada had also died "long ago and had no role in the Taliban's takeover of Kabul." Some sources say that Akhunzada was killed along with his brother in a suicide attack in Quetta, Pakistan about three years ago.

Numerous foreign intelligence agencies also believe in this theory with slight differences. "No one can confirm or deny Akhunzada's death," another security official told AFP. The Pentagon and CIA, meanwhile, have not responded to AFP's request for comment on Akhunzada's death.

A Pakistan-based Taliban member told AFP that Akhunzada was "the center of attraction for the Taliban in terms of keeping the whole group united." A source who claimed to have met the Supreme Leader three times said that Akhunzada does not use modern technology. He communicates with Taliban leaders either by landline phone or by letter.

A Pakistani source said the last attack on Kabul was authorized by Akhunzada himself and that he was constantly monitoring the Taliban's advance from Kandahar. A Taliban source said that despite the end of the war with the Americans, the threat of Akhunzada's death was still there, so he did not appear in public.

Analysts say that even if Hebatullah Akhunzada has died, the news has been kept secret because the news of his death could lead to a split in the Taliban. "If it is announced that Akhunzada is no more and a new emir is being sought, the Taliban may split and ISIS (Khorasan) could take advantage of it," he said.