Taliban Rule: Almost Half Of The Afghan Media Has Ceased Operations 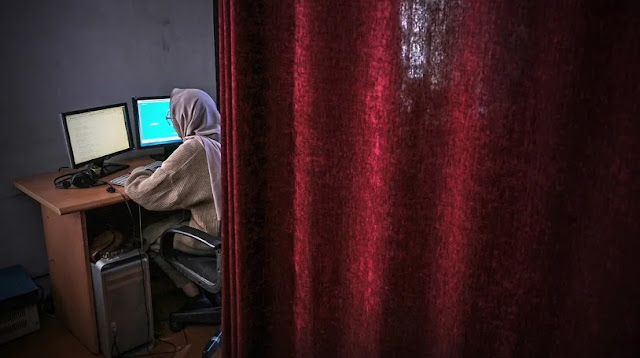 Much of the media has been closed after the Taliban came to power. Most of the women in the industry have lost their jobs.

Since the Taliban came to power, 43 percent of the media in Afghanistan has been shut down. This is the result of a study by the non-governmental organization Reporters Without Borders and the organization of independent journalists in Afghanistan Ajia.

Of 543 media that were registered in mid-August, only 312 remained at the end of November, Reporters Without Borders said.

some regions are practically without local media

Above all, the Taliban are pushing journalists out of their jobs

In the capital region of Kabul, where media concentration was highest before the Taliban came to power, 51 percent of media companies closed. Of 148 press organs before mid-August, 72 were still working at the end of November.

In 15 out of 34 provinces there are no longer any journalists working at all; in some regions the local Taliban forces have banned this. At the time of the study, of 10,790 editorial staff in the first half of August, only 4,360 were on duty, of which 3,950 were men and 410 women. The figures match reports from other organizations: Across society, the Taliban have been isolating girls and women since they came to power.

Taliban limit freedom of the press

Free reporting is no longer possible, judges the organization. As early as the end of September , she reported on restrictions on freedom of the press by the Islamists. At the time, the Taliban had "eleven rules of journalism," which the organization said were deliberately vague, to enable persecution.

Among other things, topic proposals have to be submitted to the responsible ministry and the contributions have to be approved before publication. Furthermore, no content may be published that "contradicts Islam".

At the end of August, the NATO troops withdrew from Afghanistan after 20 years of presence, although the Taliban had already brought large parts of the country under their control before the final withdrawal and a peace process with the Afghan government failed.

A few days before the end of the withdrawal, the capital Kabul also fell to the Islamists, who ruled the country between 1996 and the US invasion of 2001.