Taliban: More Than 100 Ex-Local Workers Killed In Afghanistan, According To UN Information 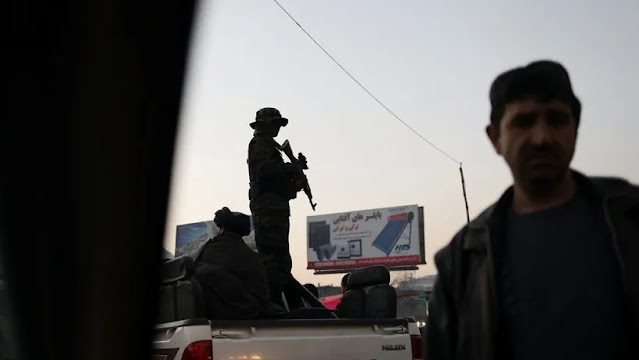 The Taliban have been back in power in Afghanistan since the summer. Many acts of violence are not documented. The UN paints a drastic picture of the situation.

In Afghanistan, more than 100 former security forces have been killed since the Taliban came to power in August. This emerges from a new report by the United Nations (UN). In most cases, the acts were perpetrated by the radical Islamic group, said the High Commissioner for Human Rights, Nada Al-Nashif.

At least eight Afghan activists and two journalists as well as at least 50 suspected members of an offshoot of the IS militia rivaling the Taliban were also killed. The Taliban also recruited child soldiers and oppressed women. The security situation of judges, public prosecutors and lawyers, especially women in the judiciary, is alarming.

The envoy of the former Afghan government, who is still recognized by the United Nations as his country's UN ambassador, also gave the Human Rights Council a drastic picture of the situation. Nasir Ahmed Andischa accused the Taliban of numerous human rights violations, targeted killings and abductions. The Islamists committed a whole series of ill-treatment with total impunity, many of which were not reported or documented. Since the military takeover of Kabul in August, the gains of the past two decades have been completely reversed.

In early December, Human Rights Watch had already pointed out dozens of executions documented by the organization. The murdered were also former members of the Afghan security forces, other members of the military, police officers and secret service workers.

The Taliban's Interior Ministry rejected the allegations at the time. "These reports and allegations are not based on evidence," said a ministry spokesman.

The Taliban came back to power in August around 20 years after the US and its allies invaded Afghanistan.

Since then, the Islamists have sought international recognition for their government and humanitarian aid to prevent a famine in the country that is dependent on foreign development funds. However, there are repeated reports of serious human rights violations among Islamists.