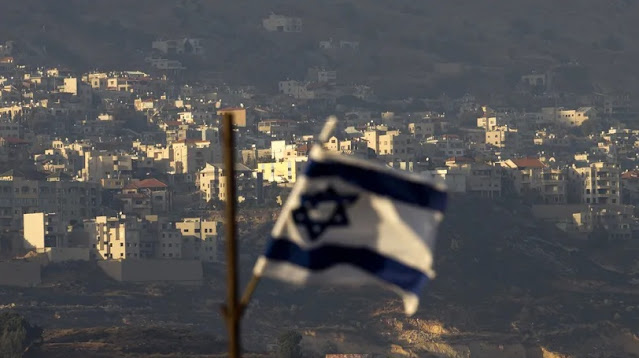 Syria has criticized Israel's plans to expand settlements in the Golan Heights. Israel wants to cement its occupation of the area with this dangerous and unprecedented act, announced the Foreign Ministry in Damascus. Syria feels an obligation to its compatriots who live in the area and who have steadfastly resisted occupation and annexation.

The Israeli Prime Minister Naftali Bennett announced in a special meeting of the government on Monday that the number of settlers on the Golan Heights would be doubled and about one billion shekels (about 280 million euros) would be invested in the development of the area. Two new quarters are planned in the city of Katzrin. In addition, two new settlements were to be built on the Golan Heights, Assif and Matar. Bennett said the region is set to become Israel's renewable energy technology hub.

The Golan Heights are a strategically important rock plateau, about 60 kilometers long and 25 kilometers wide. Israel had conquered the Golan Heights from Syria in the Six Day War in 1967, and it was annexed in 1981. Most states, do not recognize this. According to international law, the territories are considered to be the territory of Syria occupied by Israel.

The Golan Heights are important because of their abundance of water and access to traffic routes to the Syrian capital Damascus. More than 50,000 people currently live there, slightly more than half of them are Jewish settlers. The rest are the Arabic-speaking Druze minority and a small Alawite minority.

Former US President Donald Trump formally recognized the Golan Heights as the state of Israel in March 2019,  thereby completing a U-turn in US foreign policy.

Bennett pointed out in the announcement of his expansion plans that Trump's successor Joe Biden had announced no plans to reverse Trump's decision.