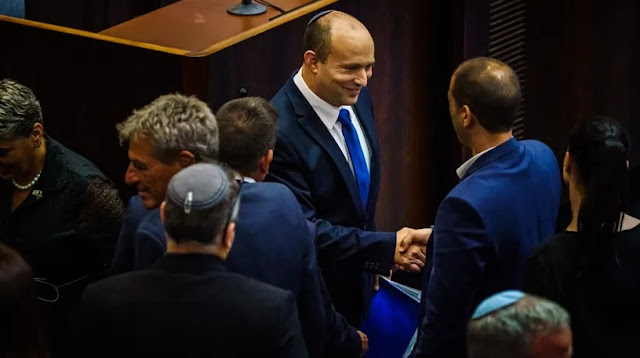 Israel’s new Prime Minister Naftali Bennett is ruling his country unusually calmly and efficiently. What does this mean for the country that has been plagued by the permanent political crisis?

If you ask Israeli journalists about the biggest change Israel's Prime Minister Naftali Bennett has faced with his country, it is often said that politics has become boring since he took office six months ago.

Hardly anyone complains about that here, on the contrary. The fact that Israel, which is characterized by crises and wars, is suddenly being ruled with little noise under Bennett, makes many a sigh of relief.

How different the political atmosphere has become in Israel can only be understood if one looks at the late term of office of his predecessor Benjamin Netanyahu. A year agoand after just a few months, the center-right coalition between Netanyahu and his one-time challenger Benny Gantz broke up. Netanyahu and his Likud party prevented the state budget from being passed and provoked the fourth new elections within two years. At the same time, a corruption process against him had already started. Unpredictability had become a defining characteristic of the head of government - and the great trump card of his political opponents. They only had to promise one thing in the new elections in the spring: that the daily madness with Bibi, as Netanyahu is also called in Israel, will come to an end.

Bennett is considered an anti-Bibi. His style of government could be described succinctly, but not dubiously, with "everything at most different from Netanyahu". First of all, there is the coalition he formed. Bennett's party has only six seats in the Knesset, the Israeli parliament. The prime minister is seen as a man who does not want to make concessions to the Palestinians, and yet he has managed to convince parties that are in favor of the two-state solution. He was even able to win an Arab party. Eight parties, including those from the left, support the once right-wing hardliner.

Domestically, the new boredom has so far mainly brought good news with it. Israel was the first country in the world to carry out booster vaccinations, to curb the Omikron variant, the borders were quickly closed to foreigners and financial aid for the tourism industry was passed. These days, many children between the ages of twelve and fifteen are receiving their third vaccination, while preparations for the fourth vaccination for citizens aged 60 and over and the risk groups begin at the same time. Bennett absolutely wants to prevent a lockdown and he has to - his Treasury Secretary Avigdor Lieberman has made it clear to him that in the event of a nationwide closure he will not release any aid from his department.

On the other hand, money is finally flowing into the Arab sector and into the equipment of the police there. Violence and crime have been increasing in Arab cities such as Akko and Nazareth for years. This year alone, more than a hundred Arab Israelis were killed in raids, and demands for clarification went largely unheeded. Since the new government took office, the Arab mayors have been saying that something is finally changing, that there is finally a strategy and support. This is thanks, they say, to Mansour Abbas, the head of the Arab ruling party Ra'am, whom the American magazine The New Yorker serves as a power brokerennobled in the Israeli parliament. The fact that Abbas is forming a coalition with the right-wing Bennett is seen by a growing number of the roughly two million Arab Israelis not as a buckling, but as a sign of growing influence within Israeli society.

Bennett has made millions as an entrepreneur and it is said that he runs his government like a start-up with several directors with equal rights, one of whom is wearing his hat. His technocratic, pragmatic style stands in stark contrast to the egocentric demeanor of Netanyahu, which is particularly evident in diplomatic relations. Within a few months, Bennett repaired the broken relationship with the neighboring country of Jordan and the recently frozen contact with Turkey, and improved relations with Egypt. The fact that Bennett is able to excel in foreign policy is due not least to the reluctance of Jair Lapid, foreign minister and head of the strongest party in the government, Yesh Atid. As alternate prime minister, Lapid should take over the government post from 2023.

When it comes to dealing with the media, Bennett does a lot differently than Netanyahu. Bibi has declared journalists to be personal opponents, whereas Bennett has so far relied on professional exchange. Before Christmas, his office hosted an official drink with the foreign correspondents - that would have been unthinkable under Netanyahu. Because of the Omikron situation, the appointment was canceled at short notice, but the message seems to have arrived: Israel's policy is returning to normal after 15 years in Netanyahu.

Netanyahu has deepened rifts in the already heterogeneous Israeli society. Israel is a country that on the one hand does not allow civil marriages or public transport on Shabbat, on the other hand it allows adoptions for homosexual couples and one of the ministers has a child from a surrogate motherhood. The new government, including Bennett's new political style, could be a symbol for and commitment to this diversity.

In November, the Knesset passed the new administration's first state budget, and with it Bennett passed his major political test. Unless a crisis intervenes, the government could hold out until the next budget decision in two years' time. Could. Because in addition to the common rejection of Netanyahu, one delicate agreement forms the glue of Bennett's government: the unresolved conflict with the Palestinians remains outside. But that is exactly what is simmering again on a stronger flame.

In the Israeli-occupied West Bank, violence between Palestinians and Israeli settlers has been increasing for weeks. Just last week, a Palestinian killed a settler, and settlers devastated a Palestinian village. Hamas is promoting radicalization in the West Bank from Gaza, while the number of violent settlers is growing.

For Bennett, whose political base is still the settlers, his future ultimately depends on how he proceeds. Does he stay with the right wing that he was when he took office, or does he continue to develop into a representative of the middle of society? She is satisfied with his previous policy, while he has turned his regular voters against him.

In the end, the real Bibi could become the biggest problem for the Anti-Bibi. As recently became known, Benjamin Netanyahu is writing a book. In Israel, this is being read as a clear sign that he will attempt a comeback - and that the soothing political boredom may be more of a breather than a new permanent state.