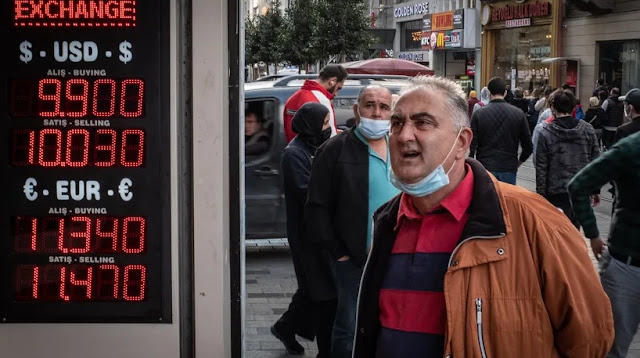 In the midst of a serious currency crisis, the Turkish president separates from his finance minister. He was only in office for a year.

Turkish President Recep Tayyip Erdogan is under pressure because the national currency is falling. He is trying to counteract this with a change in personnel: Finance Minister Lütfi Elvan will be replaced by Nureddin Nebati, according to an official announcement. Elvan had only held the office since November 2020, when he was appointed finance minister following the resignation of Erdogan's son-in-law Berat Albayrak.

The Turkish lira had recently crashed faster and faster, and an interview by the state broadcaster TRT with the president on Tuesday evening, in which Erdogan had promised lower interest rates until the elections planned for 2023, caused additional pressure. On Wednesday, the Turkish central bank intervened in the foreign exchange market to support the local currency, the lira, but without much success.

Turkey's currency has been tumbling for a long time, and the country's economy is suffering as a result. The background to this is Erdogan's interference in the monetary policy of the central bank. The President is of the opinion that high interest rates promote inflation - contrary to the realizations of the national economy. Many central bankers who opposed Erdogan's views have already been fired.

In his almost 20-year history in power, Recep Tayyip Erdogan has put down many opponents. He defeated the military and the Kemalist elite of Turkey, he persecuted competing Islamic groups such as the Gülenists, he imprisoned democratic liberal and left-wing Turks. But, to the astonishment of the Turks, he cannot cope with two new opponents: with inflation - and with himself.

The Turkey experienced any five-percent inflation at the moment the German scale, but a rapid devaluation of the lira, for the people from day to day can buy less. The Turkish currency has already lost around 40 percent of its value against the dollar since February. And the inflation rate has been around 20 percent over the past two months.

There are multiple reasons for this. Turkey has to import most of its raw materials, and oil and gas prices drive inflation. In addition, there is the Turkish inflation mentality: A trader who offers stable prices for a long time is considered a bad businessman. 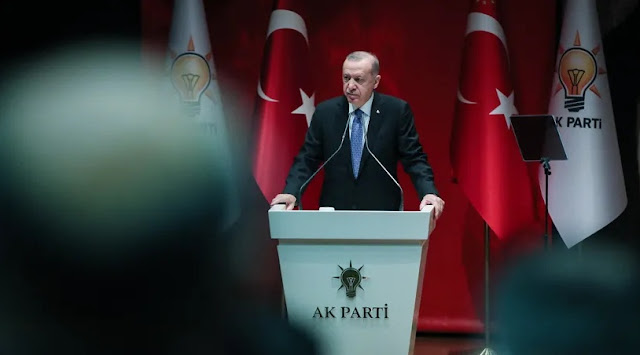 But the main responsibility currently lies with the "Great Master", as his followers call him. President Erdogan is implementing an economic lesson in Turkey that he invented himself: that low interest rates would lead to low inflation.

Classically trained economists almost all shake their heads about this: They see things the other way around, that interest rate hikes at the right time can stand up to inflation. Erdogan bitterly defends his dissenting view and sees himself in "an economic war of independence".

Anyone who doesn't follow him will be fired. Erdogan has a high wear and tear on central bank governors. The incumbent head Sahap Kavcıoglu is the fourth in five years. Erdogan had fired his predecessor because he had actually raised interest rates in a boom fueled by government spending. Kavcıoglu stopped the Master's voice and lowered the interest rate from 19 percent to 15 percent. As a result, the lira fell in the foreseeable future, for which Erdogan in turn blamed the "interest rate lobby".

For many Turks, the collapse of the currency means that they can no longer afford their lives. Even tomatoes and onions are becoming luxury products. Some supermarkets do not sell more than one piece of packaged goods per customer because the price is higher again the next day. The minimum wage in Turkey has fallen this year from the equivalent of 300 euros to the equivalent of 200 euros. Turkish companies can no longer service their foreign debts, foreign capital avoids Turkey.

Many Turks are surprised: So far Erdogan has found a back door in every hopeless crisis. He was flexible, changed tactics when they didn't work, made pacts with this and that. Now he seems trapped - in his rigid ideas, in a shrinking coalition with nationalists, in his falling popularity, at the end of his physical strength.

In the meantime, speculations about the 67-year-old's health are growing wild. His PR team therefore recently set up an old man's basketball game, where Erdogan remained motionless on the field for long stretches and threw the ball that was handed to him in the direction of the basket. Instead of strengthening trust in his manager, the match raised the question: How much longer is he going to do it?

The opposition sees its chance. Erdogan's pocket-sized party, the AKP, is losing popularity with the people. A poll in October saw the AKP with 28 percent two percent behind the opposition CHP, for the first time in almost two decades. The decline in prestige of the president is driving the opposition towards the electorate. And the higher the inflation, the stronger Erdogan's opponents become.

But a change of power is not yet in sight. The next elections are not due until 2023. If Erdogan holds out until then, he will cut interest rates further and squander the last lira just to secure his power. And if he should leave at some point, it will probably be the most expensive farewell in the history of the Turkish Republic.