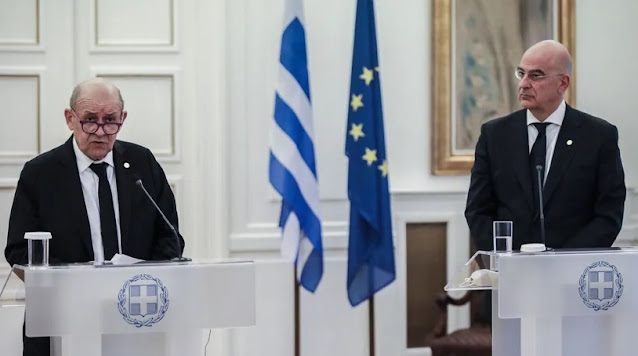 Greece buys three French frigates and rejects a US offer. Recently, another arms deal had caused a dispute between France and the United States.

Greece has signed an arms deal with France and will buy three frigates from the Naval Group, said the French Ministry of Defense. The ships are used for defense and intervention and are scheduled to be delivered to the Greek Navy by 2026. Greece confirmed the deal.

The deal is also remarkable because it falls into a tense foreign policy mood. Greece had already signed a letter of intent ten weeks ago to buy French ships. The US government submitted a competing offer to Greece this week, and the State Department approved the sale of four Lockheed Martin frigates worth $ 6.9 billion and the modernization of Greek frigates for an estimated $ 2.5 billion by the Lockheed group. The government in Athens has now decided against this offer.

This was preceded by another failed international arms deal. In September, the US announced a nuclear submarine deal with Australia, which in turn meant that a long-planned, multi-billion dollar submarine deal between Australia and France collapsed. France was furious, and in the meantime they even withdrew their ambassadors from both countries.

So this time France was successful and the US was left behind. With the small difference, however, that the US deal with Australia was carried out unannounced, this time, according to the French Ministry of Defense, the Americans had forewarned the French.