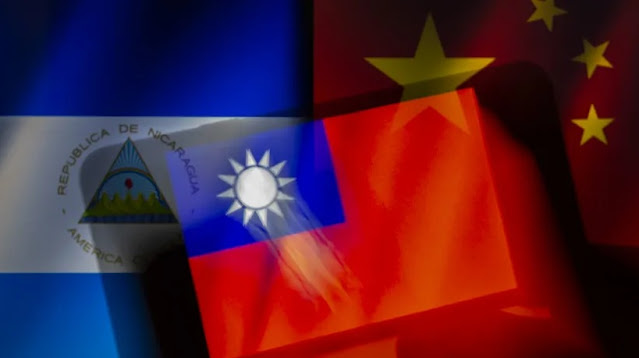 Nicaragua has surprisingly broken off diplomatic relations with Taiwan and now recognizes the People's Republic of China. Foreign Minister Denis Moncada said: "The People's Republic of China is the only legitimate government that represents all of China and Taiwan is an inalienable part of Chinese territory". The Taiwanese Foreign Ministry responded with "pain and regret from the bottom of its heart" to the loss of one of its last international allies, according to the announcement.

Nicaragua's declaration follows Beijing's line that the island of Taiwan is a breakaway province. China is striving for the reunification of Taiwan with the mainland, if necessary by force. At the same time, Beijing is trying to isolate Taiwan internationally.

The break comes at a time when the US is tightening its sanctions against the President of Nicaragua, Daniel Ortega. He was re-elected for a fourth consecutive term in November after putting all of his rivals in jail.

For Taiwan, Nicaragua's decision is also a serious step backwards after the government in Taipei recently celebrated some diplomatic successes. For example, unlike Beijing, she is one of the participants in the Democracy Summit of US President Joe Biden.

Taiwan has so far worked with Nicaragua primarily in the areas of health, agriculture and social housing. Several Taiwanese companies have been based in the Central American country since the 1990s.

After decades of pressure from Beijing, only 14 countries officially recognize Taiwan as a state. In Latin America, China has recently had some success with its diplomatic offensive: Panama, El Salvador and the Dominican Republic have switched sides in recent years and broken off their relations with Taipei.

Honduras, Guatemala and Belize are Taiwan's last allies in Latin America. The elected President of Honduras, Xiomara Castro, who will take office at the end of January, had promised during her election campaign to break with Taiwan in favor of Beijing.

The situation is different in Eastern Europe: when EU member Lithuania, for example, recently allowed the opening of a Taiwanese diplomatic mission under the name "Taiwan", Beijing imposed import bans and downgraded diplomatic relations with the country. Taiwan's diplomatic offices usually have names like "Taipei Representation" - this is also the case in Germany. The Czech Republic and Slovakia had recently moved closer to Taipei despite China's protests.