Afghanistan? That Is Now The Afghans' Problem! 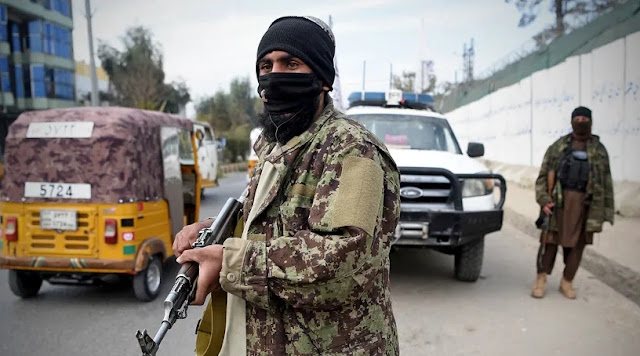 The Taliban have been in power for four months. They plunged Afghanistan into several catastrophes, but the West is no longer paying close attention. That will take revenge.

Since the Taliban took Kabul on August 15, 2021 and thus became rulers of Afghanistan, they have promised the world to respect human rights, to give women space in society, to include minorities, to allow cultural activities, to guarantee freedom of the press and for peace within themselves Country to worry.

They say this because they want to reassure the world community. After all, as the rulers of Afghanistan, you are dependent on international financial aid. But there are people in Europe and America who believe the Taliban that they have moderated themselves over the past 20 years and will do better now.

But why should the Taliban do that, having just won a brilliant military victory over the West after twenty years of war? The loser cannot tell the winner what to do and what values ​​to represent.

And the Taliban know: After this bloody and costly defeat, the West wants to forget Afghanistan as quickly as possible, and does not want to listen and look so closely in order to be able to give in to the illusion that Afghanistan has nothing to do with it.

But that's not how it works. These days Afghanistan is experiencing several disasters at once, which sooner or later will have an impact far beyond Afghanistan.

Almost every week journalists posted videos on social networks, showing how sometimes a man, sometimes a woman, sometimes a couple is stoned. The delinquents are buried up to their hips, sometimes they kneel on the ground with their legs tied up, and then men nearby grab stones and throw them at these people until they lie there motionless and bloody.

Often hundreds of people stand at the scene of the atrocities and watch as if it were a civilized, acceptable way of dealing with people. The offenses that the victims are accused of are sometimes an illegitimate relationship, sometimes homosexuality, sometimes something else that does not fit into the backward worldview of the Taliban. It is difficult to check how current these videos are. But my friends say that their contacts in different regions confirm these executions.

Women have long since disappeared from public space. Women are no longer allowed to go to work or to universities, girls in most regions are no longer allowed to go to schools - and if so, then only up to fourth grade. Protests by courageous women against the new rulers no longer get the attention they deserve. Journalists who were allowed to appear on the screen in August to show that this time everything will be different than in the 1990s, when the Taliban ruled Afghanistan for the first time, have long since lost their jobs. Many of them have fled abroad. Female judges and prosecutors have been sent home; not a single woman is in the government.

Likewise, ethnic minorities such as the Shiite Hazaras are not represented. Only those who belong to the Taliban are included in the power structures. The soldiers of the Afghan army, who fought alongside NATO against the Taliban, were fired, murdered, many fled abroad, some defected to the Taliban.

Journalists who dare to ask critical questions, or who appear even in the slightest insubordinate, are threatened, beaten, thrown in jail or killed. The freedom of the press, which has hardly existed in a country that has been at war for more than four decades, has been weakened again. The Taliban, who destroyed several centuries-old Buddha statues in the province of Bamiyan in March 2001, certainly do not allow art and culture apart from their archaic Islamist cultural ideas.

It all happens in a country that has one of the youngest populations in the world. 40 percent of people are under 14 years old, just under three percent over 65 years of age. Is it surprising that hundreds of thousands of Afghans are on the run in search of a better future? Not only do the thousands of local workers who have worked for NATO troops, want to leave the country, but many more people. On Monday, 273 students from the Afghanistan National Institute of Music and their families landed in Lisbon.

They received asylum and now want to establish their school in Portugal, in the hope of being able to return to Afghanistan at some point in the future.

Four months after taking power, it is clear that the Taliban have kept none of their promises. They torture, murder, kidnap. Most of it is not documented or reported, almost none of it is penalized. Even the promise that there will be no more terrorist threat from Afghan soil, as it did on September 11, 2001, is unlikely to be kept: the terrorist networks Islamic State and Al Qaeda have long been in the process of strengthening their foundations in Afghanistan and young warriors to recruit. The Taliban are fighting these organizations, not because they consider their ideology or their actions to be wrong, but because they see them as competition. Even those terrorism experts who are not prone to alarmism say it is a matter of time before violence starts again from these groups.

The economically disastrous situation drives many people into the arms of extremists, who at least guarantee people a regular salary and a warm meal a day. More than 90 percent of all people in Afghanistan now live in poverty, and the trend is rising, as the United Nations has warned. More than half of the population suffers from hunger, partly because the harvests were poor this year due to the drought. In concrete figures: around 14 million people in Afghanistan do not have enough to eat, 3.4 million children are malnourished. Infant mortality is increasing dramatically and parents are selling their children as labor to ensure their survival, reports the World Food Program. The corona pandemic, a writer is hardly perceived as a problem anymore because violence, poverty, hunger and lack of freedom are perceived much more immediately than much larger crises. "When it comes to Corona, many people say: Then you die of the disease," he writes to me.

And what are the Taliban, i.e. the government officials, doing? More prayers, more severe punishment of critics, stimulating drug trafficking, confiscation of valuables and sales of abandoned US weapons. And because they know that no one is looking very closely, the incumbent Foreign Minister of Afghanistan, Amir Khan Muttaqi, says he is asking "the US and the West for mercy and compassion". They may release frozen $ 10 billion in payments to help the "millions of people in need" in Afghanistan. Only a little later, the spokesman for the "Islamic Emirate of Afghanistan", Zabiullah Mujahid, announced that the political model of neighboring Pakistan did not represent an "Islamic system" - at a time when Taliban allies in Pakistan were breaking the ceasefire and launching attacks on the Pakistani military.

Mercy and compassion for the hungry and suffering in Afghanistan? Certainly. But for the Taliban? For a group of an estimated 100,000 men who have taken an entire country of almost 39 million people hostage and trample on basic rights? It is a dilemma: in order to be able to help people, you have to rely on cooperation with the Taliban - and yet every accommodation will strengthen the extremists.