Who Was The First Patient Of Corona Virus? Possible Answer Came Up 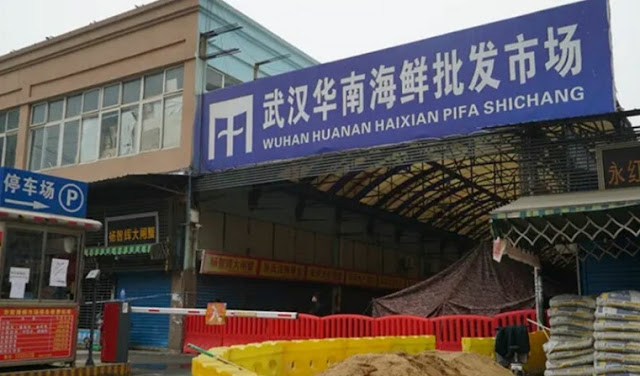 When was the first case of corona virus reported? This is the question that experts around the world are working to answer.

Now the possible answer to this question has come to light.

In fact, the first case of Covid-19 was that of a shopkeeper at Wuhan Wildlife Market. The claim was made in an investigation conducted in the United States.

The source of the corona virus is still a mystery, causing tensions between China and the United States.

A joint study by China and the World Health Organization in 2021 rejected the notion that the virus was caused by a virus and suggested that the epidemic was more likely to be transmitted to humans by natural wildlife trade.

Read also: Corona Origin: The World Will Not Find Out Anything From China

A University of Arizona study found that an accountant was previously thought to be the first patient with Covid-19 to report symptoms of the disease on December 8.

The investigation revealed that the confusion about the first case was due to the fact that the person had dental problems due to which he developed a fever on December 8, in fact the symptoms of corona began in December 16.

According to the investigation, the symptoms of this person came to light after several cases working in Hunan market and the first case was of a female shopkeeper in which the symptoms appeared on December 11.

The research further states that the initial cases with symptoms were related to this wildlife market, especially to the workers in the western part, which provides strong evidence that this market for live animals is the source of the epidemic.

Read more: China Responds To Accusations Against Wuhan: "The Virus Came From A Laboratory ... From The US"

According to the research, he was located 30 km away from the accountant market and had no connection with the market.

Researchers have suggested that the wildlife market not only contributed to the rapid spread of the corona virus, but also to the early spread of the Covid.

He said the market in Wuhan was not screened for live mammals and other animals to check for viruses linked to corona, but the Hunan market had been closed since January 1.

He said the cases with the first signs of cod were related to the same market, especially in the western part of the area where the raccoon dogs were being held. He said that although it is almost impossible to know from which animal the virus spread to humans because they were not tested after the spread of the code, an analysis of the initial cases suggests that the Wuhan market is the epidemic Led to the beginning.

According to the researchers, these findings could be corroborated by genomic and other additional data from these early case samples.

He said that the prevention of future epidemics depends on this effort. Researchers analyzed data from cases reported in two hospitals before the system was alerted by Chinese authorities, most of them related to the Wuhan market, or to non-workers. They were also living around him.

Read also: How Did the Corona Virus Get Started? Authentic Research So Far Has Come To Light

Peter Dassick, a medical expert who is part of the World Health Organization's research team, said he believed the findings were incorrect.

The World Health Organization announced in October 2021 the formation of a new panel of experts to investigate the origin of the corona virus.

The results of this new study were published in the medical journal Science.