USA-China Summit: It's Good When Rivals Talk To Each Other 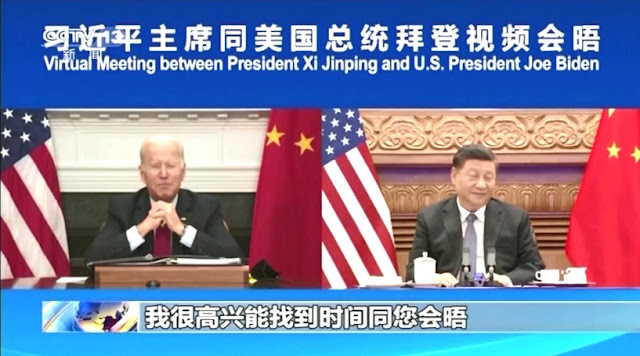 The conflicts between China and the US are not easy to resolve, but perhaps they can be managed. Joe Biden and Xi Jinping's summit was a start.

After all, they are talking to each other. Don't wait for a dangerous crash between China and the United States, which in the case of Taiwan can happen at any time. It was only a video summit at which the screens were switched on for Joe Biden in the White House and for Xi Jinping in the Great Hall of the People on Monday evening (in Beijing it was already Tuesday morning). But they both took three and a half hours. This is good news after all, because a lot of conflict has accumulated between the two most powerful states in the world. 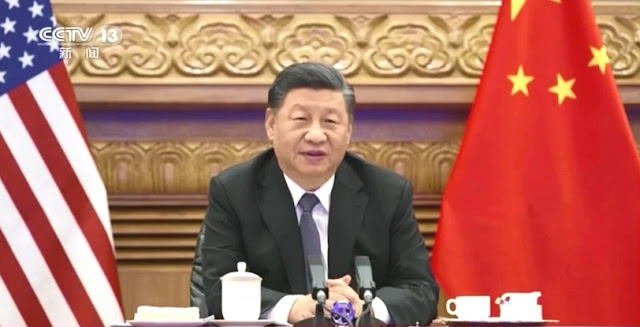 The presidents have not met personally since Biden took office. Xi Jinping did not leave his country after the outbreak of the Corona crisis. The G20 summit in Rome and the world climate conference in Glasgow also took place without him. But not only the head of state and party makes himself scarce. China is visibly isolating itself, and not just to protect itself from the virus. The leadership of the People's Republic sees hostile forces at work everywhere who want to hinder economic and political advancement. The self-confident Beijing shows itself to be duped: resentment and criticism everywhere. Let the world stay outside. The Financial Times writes of "splendid isolation".

While in the past few years it was the US under Donald Trump that speculated about a "decoupling" from China, it is now the People's Republic that wants to make itself more economically and technologically independent. Under Xi Jinping, the country has already walled itself in ideologically. The leadership reacts to criticism from abroad with nationalistic anger. All allegations would not change anything about the resurgence of China.

Both countries are arming each other

For its part, the United States has placed "strategic competition" with China at the very center of its foreign policy. Although there were cautious signs of relaxation even before the virtual summit - China and the USA agreed in Glasgow to work together on the fight against climate change - this does little to change the severity of the great power conflict.

Both countries are arming each other. Military cooperation between the United States and its Indo-Pacific allies and partners is growing, as the recent agreement with Australia to build nuclear-powered submarines has shown. China, in turn, is primarily expanding its navy and expanding its nuclear arsenal. 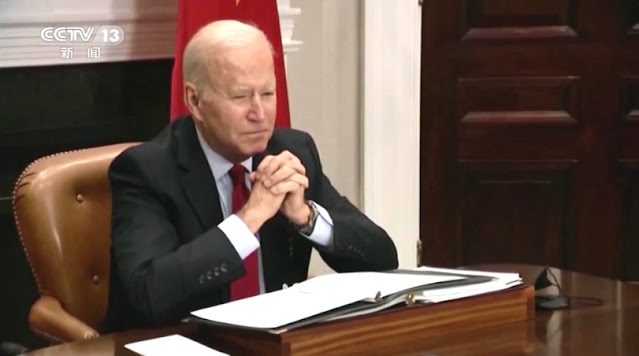 Nowhere is the risk of a military clash greater than in Taiwan . Joe Biden has repeatedly affirmed that the US would "defend" the island nation in the event of a Chinese attack. From China's point of view, this is an outrageous interference in its internal affairs. The CP sees the reunification of the country as a sacred duty. His country is ready to be patient, Xi said in an interview with Biden. But he also threateningly added, "If Taiwan's separatist forces provoke and cross the red line, then we have no choice but to take drastic measures."

Domestically, Xi Jinping can feel well prepared for the "strategic competition" that Biden has called for. The party's central committee has just proclaimed him the “helmsman”, the “leader of the people”, putting him on a par with revolutionary leader Mao Zedong . A new era began with Xi. The delegates appealed to "the whole party, the entire army and people of all ethnic groups to rally even more closely around the Central Committee with Xi Jinping at its core."

This means that it is finally certain that the CP Congress will give Xi a mandate for at least five more years at the head of the party and the state in the coming autumn. China's communists alone seem to trust him to lead the country politically, economically and militarily to the top of the world by the middle of the century - to the place that China, according to its own understanding, historically deserves. Except that this is also the place from which America absolutely does not want to be displaced.

It is this rivalry that will shape global politics over the next few decades. Denying them doesn't help. One can only, in the words of Joe Biden, "manage it responsibly". The presidents of the United States and China cannot speak to one another often enough for this.