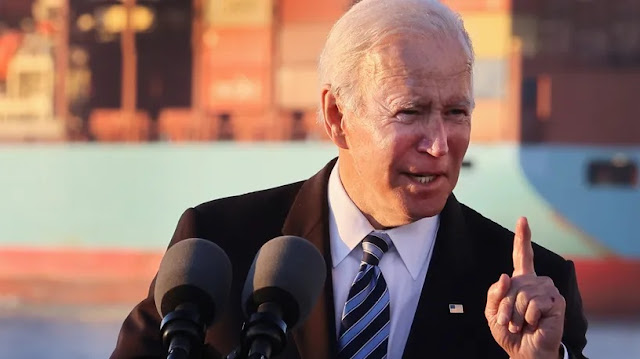 At a video summit with Xi Jinping, the US President wants to address issues such as Taiwan "very openly and directly". The White House announces "intense diplomacy".

According to the White House, US President Joe Biden is betting on "tough competition" in dealing with China, but wants to prevent an open conflict. Biden will represent this course in a video conference with China's President Xi Jinping on Monday evening, announced a senior White House official. The US expected China to adhere to international standards.

"The United States and the People's Republic of China are facing fierce competition," the official said. "And we believe that intense competition also requires intense diplomacy." The aim of the meeting should therefore be to make the course of the US government clear "in order to avoid misunderstandings".

Biden will also address controversial issues such as the Chinese conflict with Taiwan , human rights and China's behavior in certain economic and technology sectors "very directly and openly". Tensions between the world's two largest economies have increased significantly of late, particularly with regard to Taiwan.

The government in Beijing regards the island as a breakaway province which, if necessary, should be reunited with the mainland by military force. The US supports the government in Taipei. There have also been disputes over the past few years on trade issues, because of the human rights situation in China and how to deal with the Hong Kong Special Administrative Region.

From the point of view of the White House, no concrete results are expected from the video conference. Rather, it should be about keeping the channels of communication and diplomacy open. The aim is that competition does not lead to conflict, it said.