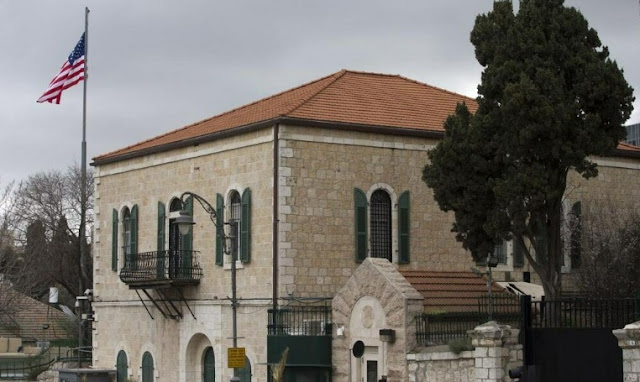 Palestine has criticized Israel for rejecting a promise to reopen the US consulate in Jerusalem.

International media report said it will revive Washington's key mission for the Palestinians in a move which the disputed city.

It should be noted that Israeli Prime Minister Naftali Bennett had said on Saturday that there was no room for another US mission in Jerusalem.

The Trump administration closed the US Consulate in Jerusalem, an office that had served as a de facto embassy for Palestinians for years.

US Secretary of State Anthony Blinken has vowed to reopen it.

A move that Israel says will challenge its sovereignty over the city.

The reopening of the US consulate could help improve US relations with the Palestinians, which were broken under the Trump administration.

In a statement, the Palestinian Foreign Ministry said it sees the commitment to reopen the consulate as part of the international community's commitment to ending Israel's decades-long occupation of the territories that the Palestinians have for their future. Want for the state.

East Jerusalem is an integral part of the Occupied Palestinian Territories and the capital of the Palestinian state.

The statement said Israel, as an occupying power, had no right to veto the US administration's decision.

Asked at a press conference about the consulate, Bennett reiterated Israel's position on Jerusalem.

He said there was no place for another US consulate in Jerusalem, which is the capital of one state and that is Israel.

Israeli Foreign Minister Yair Lapid suggested that the consulate be opened at the Palestinian Authority in the West Bank region of Ramallah.

The Palestinians reject the idea because it would hurt their claims to Jerusalem.

The Palestinians claim the eastern part of the city, which was occupied by Israel in 1967 and later annexed as the capital of their future state.

The consulate has emerged as another test between the Naphtali Bennett government and the Biden administration.

In 2018, former US President Donald Trump moved the US embassy from Tel Aviv to Jerusalem.

Anthony Blanken has given no date for the reopening of the embassy, ​​and US officials have said Israeli resistance to the move could be a stumbling block.