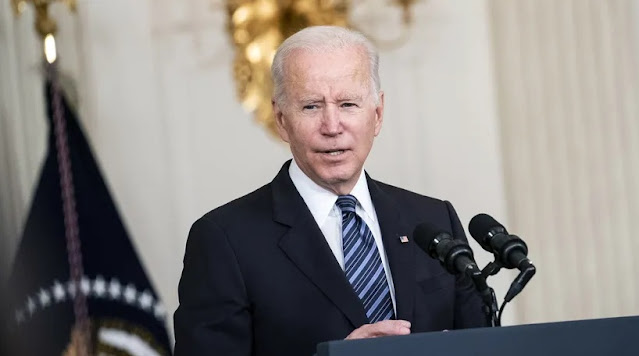 The US president can enforce an important election promise after months of fighting. Against a second major project there is new resistance from his own party.

The US Congress finally passed President Joe Biden's billion dollar infrastructure package after months of debate. A majority of the House of Representatives voted in favor of the $ 1.2 trillion project. The Senate had already approved this law in August, which provides for billions to be invested in roads, bridges, tunnels, water pipes and broadband internet. Biden now has to put it into effect with his signature.

The package passed with a comfortable majority: more than a dozen Republicans joined Biden's Democrats in supporting the bill. For Biden, the final adoption of the package is a major political achievement. Domestically, he is under pressure. Most recently, his Democrats suffered a defeat in the gubernatorial election in the state of Virginia on Tuesday.

The Democrats had argued over the infrastructure package for months. The left wing of the party has been blocking a vote on it for weeks because it first wanted to advance the social and climate protection package. The House of Representatives vote on this $ 1.75 trillion package called Build Back Better was postponed Friday amid internal party disputes.

Congress Chamber Chair Nancy Pelosi said: "We were hoping to get both laws to a vote today." Some MPs of their party wanted further "clarifications" about the financing of the social and climate protection package. Such an assessment should take around a week. She hopes the package, which includes expanding childcare, geriatric care and statutory health insurance, tax cuts for families, and $ 555 billion for climate policy, can be approved before Thanksgiving on November 25, Pelosi said.

President Biden urged his party's MPs on Friday to vote in favor of the two investment packages. "I call on every member of parliament to vote yes to both laws now," said the president. "Send the Infrastructure Act to my desk and send the Build-Back-Better Act to the Senate." Biden's key election campaign promises, such as the targeted halving of greenhouse gas emissions compared to 2005 and the improvement of social benefits, depend on the success of the legislative proposals.

According to the US policy analysis platform FiveThirtyEight , only 43 percent of Americans support the president, while 50 percent oppose his policies. Only Biden's predecessor Donald Trump had worse popularity ratings around ten months after taking office in the past few decades.

The Democrats have been arguing for months over the infrastructure package and the social and climate protection package. Biden has already cut the Build-Back-Better package, originally set at $ 3.5 trillion, in half in the face of opposition from influential Senator Joe Manchin . Manchin, who belongs to the economically liberal wing of the Democrats, has reservations and warns that the measures could lead to new debt and fuel inflation.

He and Senator Kyrsten Sinema want to see a non-partisan cost estimate of the already slimmed-down 1.75 trillion package for social measures and environmental protection before they vote on it. That would have to be done by the congress authority Congressional Budget Office (CBO). However, the CBO calculations would take weeks. Biden is dependent on the support of Manchins and other conservative Democrats, as the Democrats in the Senate only have 50 of the 100 seats.