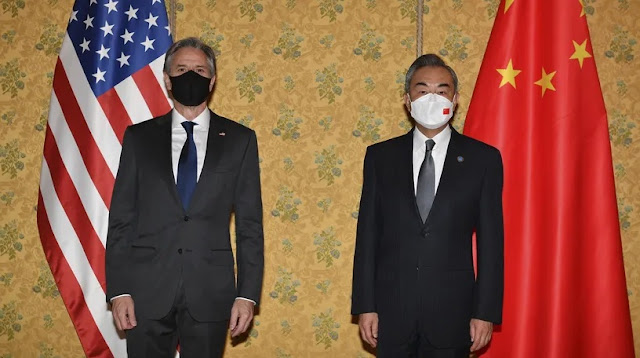 US issues warning to China about pressure on Taiwan

Shortly before a video summit between President Joe Biden and China's head of state Xi Jinping, the US issued a warning to Beijing about the growing pressure on Taiwan. In an interview with his Chinese counterpart, Foreign Minister Antony Blinken "expressed his concern about the continuing military, diplomatic and economic pressure exerted by the People's Republic of China on Taiwan," the Foreign Ministry said on Saturday (local time).

Blinken and Wang spoke on Friday in preparation for the video summit on Monday, according to the State Department. The US representative demanded that Beijing take part in a constructive dialogue in order to resolve the Taiwan issue "peacefully and in a manner that is consistent with the wishes and interests of the people of Taiwan."

Tensions between the world's two largest economies had recently increased significantly, particularly with regard to Taiwan. The government in Beijing sees the island as a breakaway province, which, if necessary, should be reunited with the mainland by military force. The United States recently protested behind the government in Taipei. 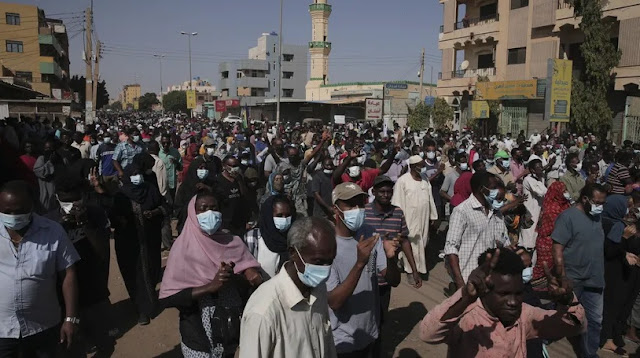 In Sudan, the military is trying to consolidate its power after the coup. People continue to take to the streets. Again there have been dead and injured.

In Sudan are at protests against the military coup five people were killed. As the Sudanese Medical Association said on Saturday, four people were shot dead in the capital, Khartoum, and in the city of Omdurman. Another was suffocated by tear gas, the association, which is close to the protest movement, also announced. A paramedic told Reuters news agency 29 people were injured, some seriously. "People shouldn't stop taking to the streets. I was beaten, but I'll come back tomorrow and continue to protest," said one of the injured demonstrators, who did not want to be named.

Sudanese police said they did not use firearms during the protests. 39 police officers were injured during the operation and numerous police stations were attacked by activists.

Tens of thousands of people gathered for protests on Saturday after army chief Abdel Fattah al-Burhan announced the establishment of a new government council two days ago. This excludes the civilian government, with which the military had shared power since 2019. "The demonstrators are peaceful and are demanding democracy and the restoration of the civil rule that Burhan has taken from them," said one of the activists in Khartoum. Burhan had previously stated that peaceful protests were allowed. Most of the gatherings broke up on Saturday night. According to eyewitnesses, however, the police used tear gas and fired shots.

The military dissolved the government at the end of October and declared a nationwide state of emergency. Burhan has headed a transitional council. The body is made up of 14 people, including civilians. Representatives of the so-called Forces for Freedom and Change (FFC), who had ruled the country together with the military since 2019, are not among them.