Tibet Or Xi Zheng: Will China Win The Heart Of The Disputed Region With Its Development Plans, Military Exercises And A New Name? 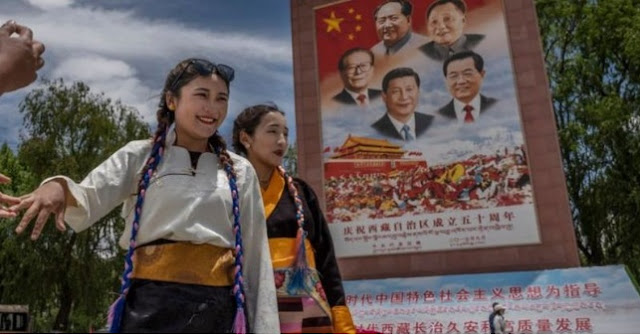 Ever since Chinese President Xi Jinping visited Tibet for the first time as the country's leader in July, Beijing has stepped up its military operations and investment in the disputed region.

On the one hand, the Chinese army is conducting large-scale exercises in Tibet, on the other hand, the country's state media is quietly trying to erase the English name of the region (Tibet) from the minds of the people.

It seems that after President Xi's visit, the government has decided to tighten its grip on the autonomous region.

What has happened so far?

President Xi's visit to Tibet was the first by a Chinese leader to the region in 30 years. In September, just months after their arrival, Chinese state-owned companies invested 260 billion yuan (40 billion) in the region's economy in the region from 2021 to 2025.

The following month, a standing committee of the Chinese parliament approved legislation to strengthen land borders, which is being seen as an important step in the context of ongoing border tensions with neighboring India.

A few days before the law was passed, the official newspaper Global Times reported that Beijing was helping more stable areas and villages in the region to help monitor and secure the border.

The Global Times report detailed development work in towns along the India-Bhutan border. Remember that China has a land border dispute with these two countries.

Then in September, several units of the People's Liberation Army took part in joint exercises in Tibet aimed at preparing for military operations at altitude. In a statement issued on November 8, the Chinese military said it had conducted a series of one-week exercises in the western region of Tibet in response to Indian aerial exercises in eastern Ladakh.

The next day, the Global Times reported that equipment delivery to troops stationed on the mountain border had been improved before the onset of winter.

At the diplomatic level, the country's Foreign Ministry hosted a dinner in October to highlight the region's development, entitled: "China on a New Journey: A New Chapter of Development for a Prosperous, New Tibet."

At the dinner, which was also attended by several foreign diplomats, Foreign Minister Wang Yi claimed that Tibet, under the leadership of the Chinese Communist Party, had emerged as an example of China's development.

Why is this happening?

One reason for the rapid growth is that this year marks the 70th anniversary of the Communist Party's occupation of Tibet, which is remembered in China as the "peaceful liberation" of Tibet.

Shortly after Xi's visit, a delegation led by Wang Ying, a senior Chinese political adviser, arrived in Lhasa from Beijing to celebrate the anniversary.

He warned in a statement that no one outside China had the "right to raise a finger" on Tibet's administrative affairs. During his visit, the adviser also called for measures to "promote Chinese language education".

Beijing's tightening of control over Tibet is taking place at a time when Beijing is under pressure not only from India on the border but also from the eyes of Western countries on China.

In May of this year, the United States recognized for the first time the election of the Central Tibetan Administration or the Tibetan government-in-exile in the northern Indian city of Dharamsala. Then in June, after a joint meeting between the European Union and the United States, Beijing expressed concern over alleged human rights abuses. 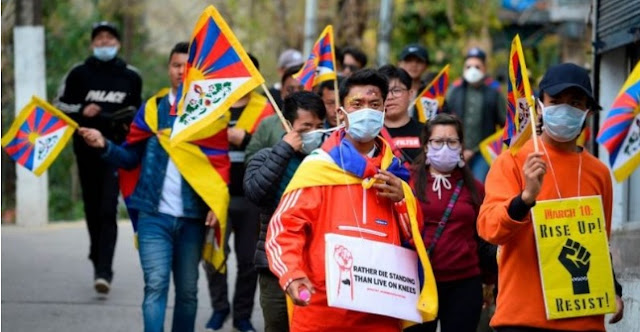 China also expressed outrage at US Secretary of State Anthony Blankenship's meeting with a spokesman for the Dalai Lama during a visit to India in July.

The Dalai Lama, who fled India in 1959, is considered a "separatist" in China.

Another step in Beijing's efforts to promote its culture in Tibet came when the Chinese media apparently abandoned the use of the word "Tibet" and began using the Chinese name "Xi Zheng" instead.

From August of this year, the name began to appear more and more in the Chinese English language media. Tibet is referred to by the same name in reports of a 'tourist revolution', military exercises or the new regional head of the Communist Party in the region.

Then, on October 26, the Tibetan exile leadership in India published a report in the magazine "Bitter Winter" on its website, claiming that China was "trying to snatch its name" from Tibet.

The report says that as soon as Wang Jinzheng took over as head of the Communist Party in Tibet, he began a concerted effort to enforce a decree issued last August. The decree was approved by the Communist Party's Public Relations Department, which said the word "Tibet" should be replaced by "Shi Zheng" in all official documents.

What will happen now?

As seen earlier in Xinjiang and Hong Kong, as criticism of China from the Western world grows, it will continue its efforts to grip and strengthen Tibet.

A clear proof of this was found in October when China deployed Wang Jinzheng to Tibet in October. He had previously served as deputy secretary of the Communist Party in Xinjiang and was accused of alleged human rights abuses by the United States, Britain and the European Union.

Shi Mao, a researcher at the Chinese Academy of Sciences, told the South China Morning Post in May that a former secretary of the Communist Party stationed in Tibet had stressed the need to harmonize Tibetan Buddhist culture with Chinese traditions.

According to him, Beijing is now trying to integrate the history of Tibet and other parts of the country into the wider history of China in order to strengthen the United China narrative.