Thousands of Afghans Flee To Iran Every Day 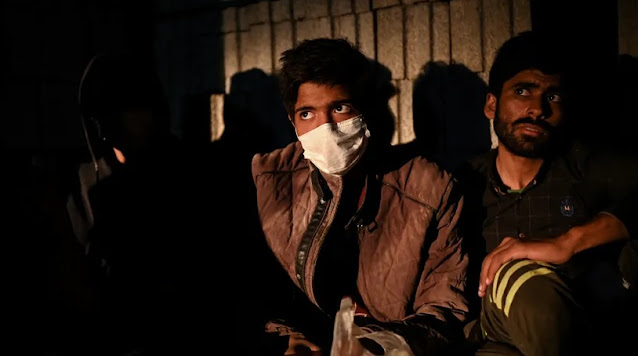 An aid organization reports a sharp increase in the number of refugees in Afghanistan's neighboring country. There is too little support from the international community.

Daily flee currently around 4,000 to 5,000 Afghans from the Taliban, according to an aid organization in Iran. "Thousands of exhausted women, children and men cross the border from Afghanistan into Iran every day in search of safety," said the Secretary General of the Norwegian Refugee Council (NRC), Jan Egeland, during a visit to Iran. One cannot expect Iran to take in so many Afghans if the international community gives so little support.

"Aid must be increased immediately, both within Afghanistan and in neighboring countries such as Iran, before the deadly winter cold sets in," said Egeland. The call by the United Nations Refugee Agency to support an estimated 515,000 Afghans who could flee to neighboring countries by the end of the year calls for almost $ 300 million to be made available, according to the NRC. The call has so far only been financed to 32 percent.

The number of people arriving continues to rise, according to the NRC. This trend could intensify when the Afghan winter comes. Even if not many Afghan refugees come to Europe yet, the rich countries should increase their aid and keep their borders open for refugees, said Egeland.

Iran, as one of the countries most affected by Covid-19 in the region, has had Afghan refugees vaccinated, the NRC reported. Afghan children could go to public schools regardless of their parents' legal status. "This is an example of one of the most inclusive refugee policies in the world."

The Taliban had taken power in Afghanistan in August before the planned withdrawal of western troops. The US-led Western military alliance had to leave the capital Kabul on a chaotic evacuation mission.