The US Military Has Covered Up Civilian Casualties In Airstrikes In Syria, The New York Times Reported 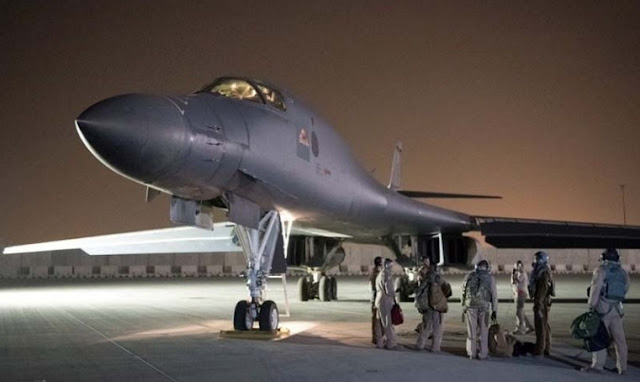 The New York Times has revealed that the US military has concealed the facts of two airstrikes in the war-torn country of Syria in which 64 people, including women and children, were killed.

According to the foreign news agency 'Reuters', the air strikes were carried out in 2019 to justify the action against ISIS.

According to the New York Times, US airstrikes could potentially be considered a war crime.

According to the report, two air strikes near the town of Baghoz were ordered by an undercover US special operations unit tasked with ground operations in Syria.

The New York Times reported that the US Central Command, which oversees US air operations in Syria, acknowledged for the first time this week that the attacks were justified.

The Central Command said in a statement to the newspaper that 80 people were killed in the attacks, including 16 ISIS fighters and four civilians.

He said it was unclear whether the other 60 were civilians, partly because women and children could be militants.

The military said the strikes were in proportion to its "self-defense" and that "appropriate measures" had been taken.

"We hate the loss of innocent lives and take all possible measures to prevent them," the Central Command said in a statement.

It said the number of civilians in the 60 dead could not be determined because the video of the incident showed "several armed women and at least one armed child".

He added that most of the 60 were possibly militants.

The Central Command said the attacks took place at a time when the Syrian Democratic Forces (SDF) was under heavy shelling and in danger of being under their control, and the SDF had reported evacuating the area from civilians.

The newspaper said the report included details of classified documents and classified reports, as well as interviews with officials directly involved.

The New York Times reported that the Air Force's attorney at the operation center at the time believed the attacks were potential war crimes and later informed the Department of Defense's Inspector General and the Senate Armed Services Committee that no action had been taken.