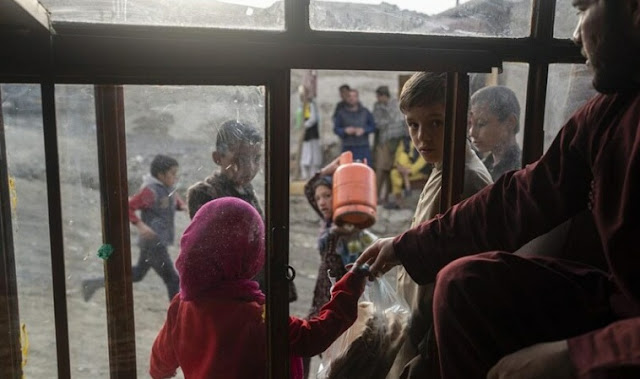 The International Committee of the Red Cross (ICRC) has warned that Afghanistan is facing a growing humanitarian crisis, with no system for paying doctors, nurses and other staff and transferring salaries to bank accounts.

He warned this week that Afghanistan was on the brink of a humanitarian catastrophe and that its collapsing economy was increasing the risk of extremism.

The country's economy is projected to shrink by 40% since the Taliban took control in August. The Geneva-based ICRC has been operating in Afghanistan for over 30 years.

The ICRC is temporarily forced to carry cash for Afghans, while converting dollars into local currency to pay some of its staff. The ICRC has been able to do so with regulatory approval through the US Treasury Department's Office of Foreign Assets Control.

The ICRC also has an agreement with the Taliban-run Ministry of Health that allows donor payments to pass through the ICRC and the Taliban can be ignored.

The Taliban has not yet been diplomatically recognized by any country. "The main problem in Afghanistan is not hunger, but the lack of cash to pay salaries," said Peter Morre, president of the ICRC.

"It should not be overlooked that most of them are still medical doctors, nurses, running the water and electricity systems, the leadership has changed in Afghanistan but not the people," he said.

Read more: Who Was The First Patient Of Corona Virus? Possible Answer Came Up

The Taliban leadership has banned all other foreign currency transactions and called on the US Congress to relax sanctions and release assets abroad in Afghanistan so that the government can pay teachers, doctors and other public sector employees be able to give.

After the Taliban took over, the United States froze about 9.5 billion in assets of the Afghan Central Bank and stopped the flow of cash. He said that humanitarian organizations could not fix the devastation of the whole country.

He called for an agreement on liquidity, which would not require formal recognition of the Taliban and a settlement.