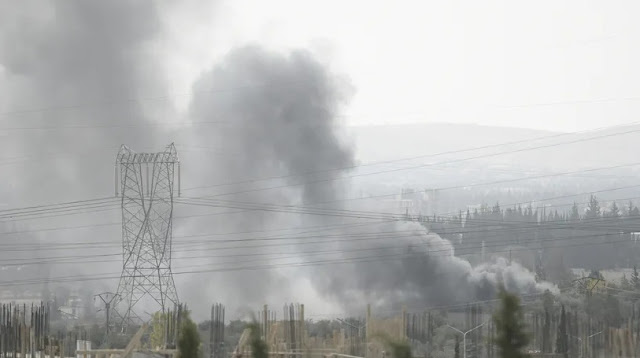 According to Syrian information, rockets from Israel have hit the outskirts of Syria's capital Damascus. Israel's army initially did not comment on the reports.

According to Syrian information, Israel launched a rocket attack on an area on the outskirts of Damascus during the night. The Syrian state television reported, citing the military. The Syrian state news agency Sana reported that there was considerable damage to property.

Information from the civil war country can hardly be verified independently. An Israeli army spokeswoman refused to comment on the reports. On Saturday, Israel fired rockets into the suburbs of Damascus, but these were intercepted by the Syrian army.

Israel's military has repeatedly attacked targets in the neighboring civil war country. Israel wants to prevent militias supported by Iran from expanding their influence - especially near its northern border. Iran is closely allied with the Syrian Prime Minister Bashar al-Assad. Pro-Iranian militias are fighting alongside government forces in Syria. Israel has been Iran's archenemy since the Islamic Revolution 42 years ago.