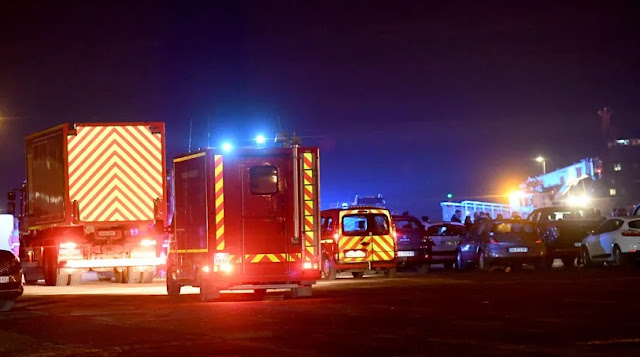 The death of nearly 30 refugees creates tension between Britain and France. The English Channel should not become a cemetery, said Emmanuel Macron.

Britain and France blame each other after at least 27 people died in the English Channel. British Prime Minister Boris Johnson called for stricter controls on France.

The measures taken so far have not been enough to deter migrants from making the dangerous crossing, he said. The mayor of the French coastal city of Calais, Natacha Bouchart, accused Johnson of cowardice in return. The prime minister takes no responsibility.

On Wednesday, a boat with 33 migrants who wanted to cross illegally to Great Britain capsized in the English Channel . According to French sources, at least 27 people died, including five women and a girl. Two people are said to be in critical condition in the hospital. They were suffering from severe hypothermia, it was said.

Four suspected smugglers were arrested. "This shows that nothing can stop the gangs that send people out to sea in these dangerous vehicles," said Johnson. He offered to help the French officials inspect the canal. If the smugglers are not made clear that their business model is no longer working, they will continue to risk people's lives and "get away with murder," Johnson said.

French head of state Emmanuel Macron referred to the joint effort with Great Britain. Since the beginning of the year, 1,552 smugglers have been arrested and 44 networks have been smashed on the French coast. "If we don't step up our efforts immediately, more tragedies will repeat themselves," said Macron. He hoped that the British would be willing to work together and not instrumentalise the refugee drama for political purposes.

It must be acted in a spirit of cooperation and with respect for human dignity, said Macron and called for an emergency meeting of the EU migration ministers. The EU border protection agency Frontex must be reinforced immediately. "France will not allow the English Channel to be turned into a cemetery," Macron said in a statement.

France's Interior Minister Gérald Darmanin also urged tougher crackdown on the smugglers, which he compared to terrorists and big drug lords. "This is an international problem," he said. "The answer must also come from Great Britain, we must fight against people smugglers together." A coordinated approach together with Belgium, the Netherlands and Germany is necessary.

More than 25,700 people have crossed the English Channel illegally this year. That is more than three times as many as in the whole of 2020. It was only in July that London and Paris agreed on a new cooperation agreement. London pledged € 62.7 million to support the French authorities.