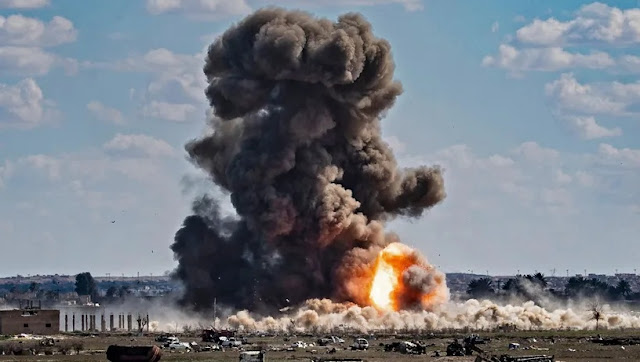 Many civilians were killed in the air strike in 2019 - something the military tried to cover up, according to a media report. Now it is about possible legal consequences.

Secretary of Defense Lloyd Austin has ordered a re-investigation into a deadly US military air strike in Syria in March 2019.

According to his spokesman, John Kirby, General Michael Garrett was tasked with the examination. This should decide within 90 days whether those involved should be held accountable. Many civilians, including children, were killed in the attack.

Classification as a possible war crime

The attack, first fully covered by the New York Times this month, occurred near the city of Baghus in eastern Syria, near the border with Iraq.

US Defends Airstrikes That Kill 'Civilians' In Syria

The newspaper reported that a military judiciary was quick to classify the attack as a possible war crime that warranted an investigation.

However, the armed forces intervened in phases to cover up the attack and downplay the number of deaths.

The US Military Has Covered Up Civilian Casualties In Airstrikes In Syria, The New York Times Reported

After the article was published, Austin asked General McKenzie, US Central Command, for a briefing.

Its command said that an initial investigation had shown that the attack was a legitimate self-defense in support of the Syrian partners who were shot at by the IS terrorist group.