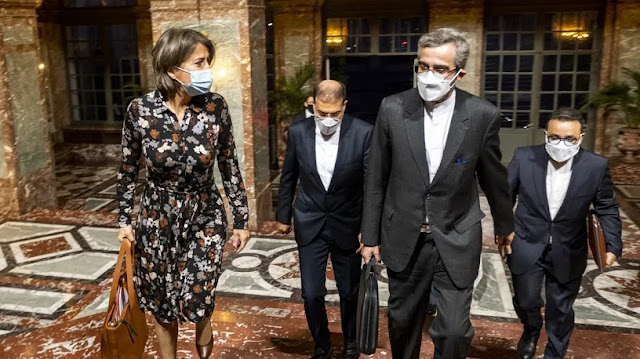 Talks on resuming the nuclear deal are due to start on November 29th. Representatives from the EU, Iran and the USA take part.

Negotiations on the resumption of the nuclear deal with Iran are to be continued on November 29 in Vienna. The European External Action Service announced. Iran's deputy foreign minister and future head of the Iranian nuclear delegation, Ali Bagheri, has also confirmed the date on Twitter. The EU Foreign Affairs Representative Josep Borrell will chair the talks, and senior diplomats from China, Russia, France, Great Britain and Germany as well as other representatives of the Iranian government will also take part.

The negotiations would start with the aim of " removing the illegal and inhuman sanctions ," Bagheri tweeted. The United States withdrew from the nuclear deal in 2018 under the then President Donald Trump and implemented massive sanctions against Iran. In response, the Iranian government withdrew from many of the terms of the agreement, including increasing uranium enrichment.

Under President Joe Biden, however, the new US administration has now signaled that it would rejoin the agreement - as long as Iran adheres to its commitments. Last week, the US reaffirmed that it believes that a quick revival of the nuclear agreement is possible. If the government in Tehran is ready for serious negotiations, the US government believes a relatively immediate return to the agreement is possible, said Foreign Office spokesman Ned Price.

Iran had also tried to start negotiations. Bagheri met with the EU's Deputy Foreign Representative, Enrique Mora. The 2015 Vienna Agreement was supposed to prevent the construction of Iranian nuclear weapons.