Nagorno-Karabakh Conflict: Dead In New Fighting Between Armenia And Azerbaijan 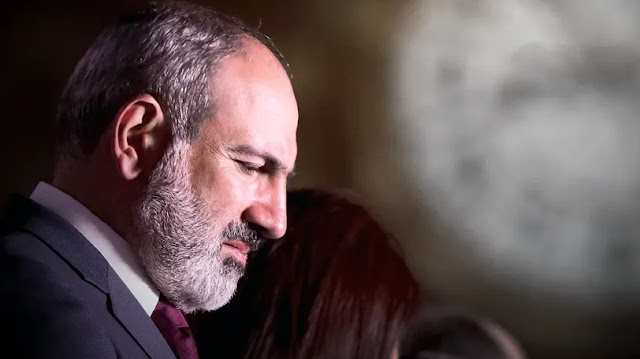 A new military conflict has flared up in the border region of the two Caucasian republics. There are supposed to be dead. Russia tries to intervene.

On the border between Armenia and Azerbaijan, the worst fighting has broken out since the 44-day war last year. Armenia announced the deaths of more than a dozen soldiers on Tuesday and asked ally Russia to help defend the country. Both sides blamed each other for the escalation. Russia called on the conflicting parties to exercise restraint.

In the evening, the Armenian Ministry of Defense announced that it had declared a ceasefire in the border area following Russian mediation. According to the Russian Presidential Office, President Vladimir Putin had previously spoken to the Armenian Prime Minister Nikol Pashinyan about the conflict.

According to Armenian sources, local troops were attacked by Azerbaijani artillery and tanks. In turn, the Azerbaijani Ministry of Defense announced that the army had reacted to the shelling of domestic military positions by Armenian soldiers and had successfully completed its operation.

Read also: Who Will Benefit If A War Breaks Out Between Azerbaijan And Armenia?

Armenia said fifteen of its soldiers were killed and twelve were captured. The country also announced the loss of two military positions on the border. At the same time, it called on Russia to provide aid within the framework of a defense alliance, as reported by the Russian agency Interfax. There was initially no reaction from the government in Moscow. Russia has a military base in Armenia.

The two former Soviet republics of Armenia and Azerbaijan have long been fighting for the Caucasus region of Nagorno-Karabakh. Under international law, the area belongs to Azerbaijan, from which it renounced in 1991.

The conflict led to a war last year that ended after six weeks with a Russian- brokered ceasefire. Russia sent 2,000 peacekeepers to Nagorno-Karabakh. Azerbaijan regained territory it lost in a previous conflict in the war that killed at least 6,500 people. The country is supported by Turkey.

EU Council President Claude Michel tried to de-escalate. He telephoned both the Azerbaijani head of state Ilham Aliyev and the Armenian Prime Minister Nikol Pashinyan. Then told Michel on Twitter with the EU working with two partner countries to "eliminate tensions" and "to work prosperous and stable South Caucasus" on one.