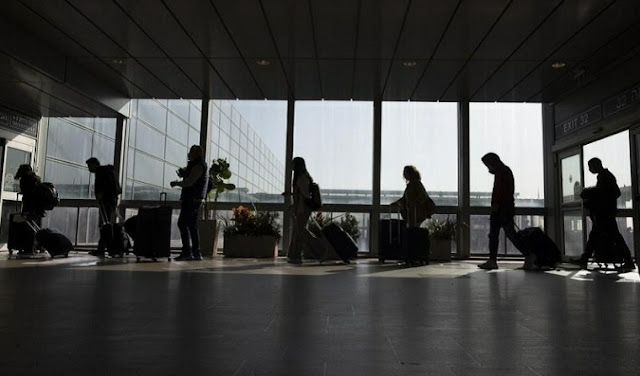 A new variant of the corona virus (Omicron) is spreading around the world, with several countries closing their borders, while researchers have expressed ignorance about whether the omicron virus is more dangerous than the corona virus.

Researchers from the foreign news agency 'AP' South Africa had identified Omicron a few days ago and there is not much information about it yet. It is too early to say whether the virus is contagious.

It is believed that the news of the spread of Omicron virus is spreading rapidly and many countries are hesitant as to what strategy they should adopt while Corona virus has so far killed more than 5 million people.

Israel has decided to ban the entry of foreigners and Morocco has said it will suspend all incoming flights starting Monday for two weeks. Scientists have confirmed its presence in many places from Hong Kong, Europe to North America. There have been 13 reported cases of Omicron in the Netherlands and two each in Canada and Australia.

Dr. Francis Collins, director of the National Institutes of Health in the United States, stressed that there is no data yet to show that the new type of Covid-19 could cause more serious illness than previous types.

I think it's more contagious, when you look at how fast it is spreading to many districts in South Africa

He further added that the possibility of this variant spreading from one person to another is clear.

Collins called for a doubling of vaccinations, booster shots and masks, saying, "I know Americans are tired of hearing this, but the virus is not tired of us."

The Dutch Public Health Authority confirmed that 13 people from South Africa who arrived on Friday had been diagnosed with Omicron.

He was among 61 people who tested positive for the virus after arriving on the last two flights at Amsterdam's Sheffield Airport before the flight ban was imposed. Canada's health minister says two cases of Omicron were found in Ontario after two people who had recently traveled from Nigeria.

Migration: Frontex Is To Monitor The English Channel From The Air

Authorities in Australia say two passengers arriving in Sydney from Africa have contracted the new virus, and those from African countries now need to be quarantined at the hotel upon arrival. A total of 3 cases have been reported in passengers returning from the weekend in two German states.

Israel has banned the entry of foreigners and made quarantine mandatory for all Israelis coming from abroad.

Japan says it will close its borders to foreigners from Monday, with Israel, the world's third-largest economy, cracking down on a new variant of the corona virus, Omicron.

According to the foreign news agency 'Reuters', due to this variant, the chances of ending the lockdown in Australia seem to be decreasing. Investors, however, are awaiting further details on the variant, which was hit hard last week by fears of further sanctions, with the variant likely to recover after a two-year global pandemic due to its potentially more dangerous. It can be a threat to a growing economy. 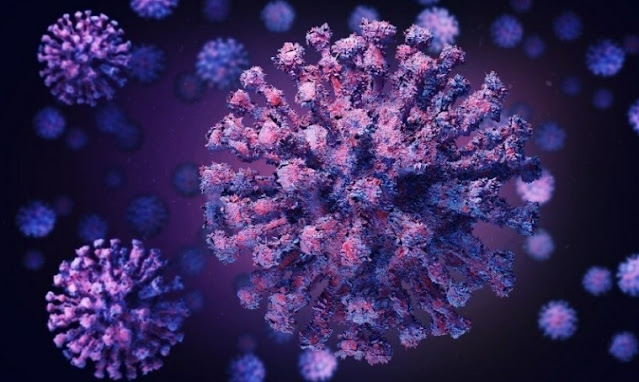 Omicron was first diagnosed in South Africa, followed by Australia, Belgium, Botswana, the United Kingdom, Canada, Denmark, France, Germany, Hong Kong, Israel, Italy, and the Netherlands. The World Health Organization (WHO) says it may take "a few days or weeks" to understand the variant.

He said Japan had closed its borders to foreigners to avoid the worst. Japan's Prime Minister Fumio Kishida has said he is prepared to criticize the government for being too cautious.

These extraordinary measures are temporary

We cannot say for how long the sanctions will be enforced, but Japanese citizens from certain countries will face quarantine

Japan's Health Minister Shigyuki Goto said tests were being carried out across the country to diagnose the virus in travelers coming from Nabia.

Foreign travelers have been banned from entering Israel since Sunday night. He also vowed to use anti-terrorism technology to compete with the variant.

Australia, meanwhile, says it is considering re-implementing plans for a corona virus, with members of the National Security Panel set to meet the next day to review the border relaxation announced on Wednesday. Australian Prime Minister Scott Morrison has said that it is "a little early" to restore the two-week quarantine for overseas travelers, so we have taken only one step at a time.

Be satisfied, get better information and make wise decisions

Morrison said Omicron's symptoms are still unclear and could be treated at home, and South African doctors suspect a different variant.

Meanwhile, the Moroccan government has said that all inbound flights of international passengers will be suspended in the country for two weeks from November 29.

It should be noted that the richest state in South Asia and its neighbor Malaysia have opened their land borders for vaccinated people. Travel was banned here for two years. On the other hand, the United Kingdom has demanded an emergency meeting of the G7 countries.

US President Joe Biden will provide the latest details of the variant today and the White House will react, while condemning the move by South Africa, calling it detrimental to the economy.

African President Cyril Ramaphosa said he was being punished for his scientific ability because he had discovered the variant at the outset. Will be effective in preventing.

He said that he believed that this process would further affect the economies of different countries.