Israel: One Dead And Several Injured In An Attack In The Old City Of Jerusalem 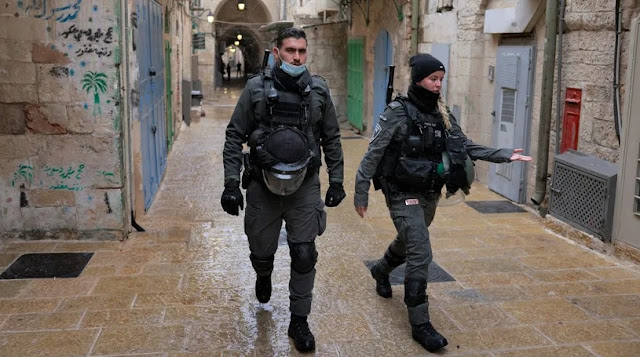 An alleged Palestinian attacker shot at civilians and police officers near the Temple Mount, killing an Israeli. Security forces killed the attacker.

According to the hospital, one Israeli was killed and three others injured in an attack in the old city of  Jerusalem . An alleged Palestinian attacker opened fire, according to police. The assassin was shot dead by security forces, according to a police spokesman. In addition to a rifle, he also had a knife with him.

According to paramedics, four men were injured in the incident near the Temple Mount, one of whom later died in hospital. The Temple Mount with the Dome of the Rock and the Al-Aqsa Mosque is the third holiest site in Islam.

But it is also holy to Jews because two Jewish temples used to stand there. Violent incidents occur again and again in the area of ​​the strictly guarded facility.

Jerusalem, the occupied West Bank and Israel were the scene of anti-Israel attacks for months from October 2015, most of which were perpetrated by individual young Palestinians.

Most recently, a 16-year-old attacker injured two Israeli border police officers with a knife in Jerusalem on Wednesday. He was shot dead by security forces.

Around 200,000 Israelis live in East Jerusalem, where 300,000 Palestinians also live. Israeli settlement construction in East Jerusalem and the West Bank is illegal under international law.

It has continued under all Israeli governments since 1967.