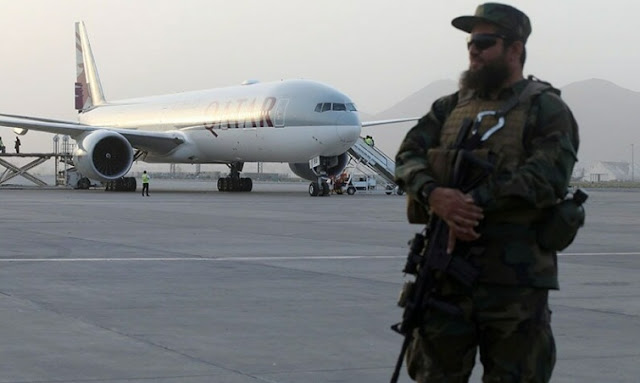 The United Arab Emirates (UAE) has held talks with the Taliban over the management of Kabul Airport in a diplomatic war against Qatar over its influence over Afghanistan's new rulers.

According to a Reuters, a Western diplomat in the Gulf country said that UAE officials had a series of meetings with Taliban officials in recent weeks regarding the operation of the airport.

The talks show how countries are trying to increase their influence in Taliban-ruled Afghanistan, even though the extremist Islamic group is largely isolated and has not yet been recognized by any country's government.

According to sources who declined to be named due to the sensitivity of the issue, UAE officials are keen to counter Qatar's diplomatic influence.

Qatar has been working with Turkey to help run the Hamid Karzai International Airport after Turkey played a key role in efforts to evacuate Afghanistan following the US withdrawal in August, and has said it will handle the operation. However, four diplomats said the Taliban had not yet finalized arrangements with Qatar.

The Taliban and Qatari officials, on the other hand, did not respond to a request for comment. The two diplomats said the Taliban had also sought financial assistance from the UAE, although it was unclear whether it was related to the airport.

Saleem al-Zaby, a UAE Foreign Ministry official and director of international security cooperation, did not answer questions about whether the UAE was considering providing financial support to the Taliban.

The diplomats said that the important issue between the Taliban and those managing the airport remains to be resolved as to who provides security at the site.

The Taliban say they do not want any foreign troops in the country after coming to power after 20 years of war.

So far, countries around the world have been reluctant to formally recognize the Taliban government, accusing the group of backtracking on its promises to uphold the rights of women and minorities.