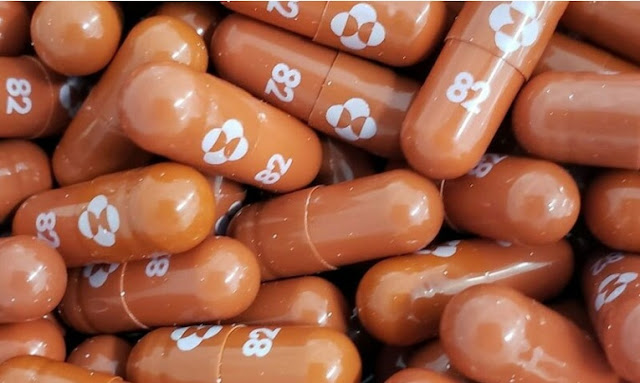 So far no effective treatment for COVID 19 has been found but its symptoms are usually treated to prevent the disease from getting worse.

Unfortunately, this procedure is not always successful and the risk of death increases as the disease progresses.

That is why work is being done all over the world to develop a cure for COVID 19 disease and now the first such drug can be used for people.

The United Kingdom has approved the use of molnupiravir, a drug developed by US companies Merck, Sharp & Dohm (MSK) and Ridgeback Biotherapeutics .

This medicine can be used twice a day at home by patients who have recently been diagnosed with the disease.

The drug was originally developed to treat the flu, but a clinical trial of cod was carried out in view of the Corona epidemic.

Clinical trials have found that this oral medication reduces the risk of hospitalization or death by up to 50% if you become ill with cod.

Sajid Javed, the UK's health secretary, said the drug would be a game changer for those at risk.

He added that the UK was the first country in the world to approve an antiviral for COVID 19 patients.

Initially, the drug will be tested on both vaccinated and non-vaccinated patients and a decision will be made to purchase more.

Use of this medicine within 5 days of the onset of symptoms increases its effectiveness.

The drug targets the enzyme of the corona virus, which it uses to make its own copies, which prevents copies and reduces the severity of the disease by lowering viral levels in the body.

In trials, the drug has been shown to be effective against all types of corona, and its side effects in patients have been mild.

Approving the drug, the British regulator MHRA said it would be used for people with mild to moderate severity and at least one of the risk factors for serious illness, such as obesity, old age and diabetes. Or face heart disease.

According to the British agency, this is the world's first antiviral drug against COVID 19 that can be given orally.

The agency said it was important because patients could be treated outside the hospital and help reduce the severity of the disease.

The trial included patients from around the world who experienced mild to moderate severity of COVID 19 and whose symptoms did not last more than 5 days.

These patients were given the drug every 12 hours for 5 days.

The United Kingdom did not say what the cost of 480,000 courses of medicine would be, but recently it was revealed that the United States would be provided USD 700 per course of medicine.