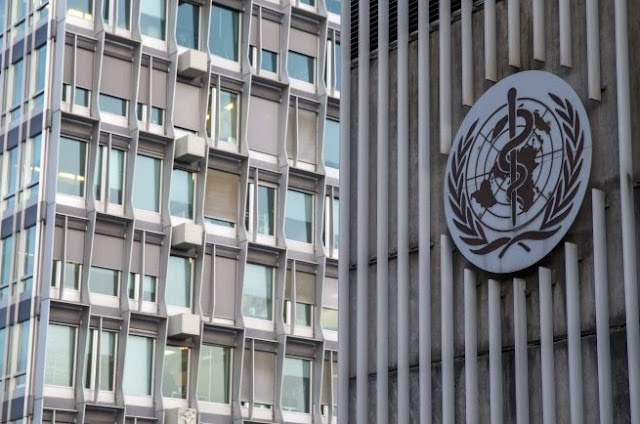 At this point we bundle important Corona news from all over the world, today among others from Israel, the USA, Denmark, Austria, the Czech Republic, the Netherlands and Switzerland. You can find the most important figures on the corona pandemic here. You can find all developments relating to the pandemic worldwide. All articles on the subject of Sars-CoV-2 can be found on our main page. In addition to our own research, we also use material from the news agencies dpa, AP, AFP, KNA and Reuters.

Omicron was discovered in South Africa in November. The World Health Organization (WHO) has classified the new corona variant B.1.1.529 as "worrying". The UN agency announced this after consulting with experts. According to the WHO definition, this classification is a signal that a variant is more contagious or leads to more severe disease courses. In addition, with "worrying variants" there is a risk that conventional vaccinations, medication or corona measures will be less effective.

The variant called Omicron has a large number of mutations, some of which are worrying, it said. Preliminary evidence indicated an increased risk of reinfectionin this variant compared to other worrying variants, which also include the currently predominant delta variant of the virus.

According to the WHO, B.1.1.529 was discovered in South Africa using a genetic analysis on November 9th. Overall, the variant has so far been genetically proven less than 100 times. It has many mutations that scientists believe could potentially lead to easier transmission. However, according to the WHO , it will be weeks before it becomes clear what the exact effects of the mutations are. 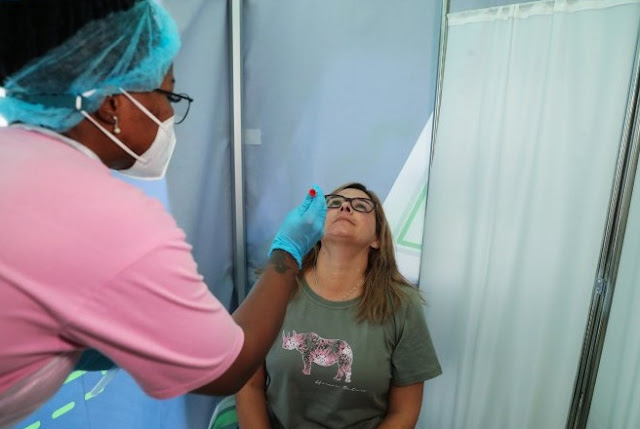 The South African health minister has criticized the fact that European countries want to suspend air traffic with his and neighboring countries. This reaction to the new variant of the corona virus discovered in South Africa is unjustified, says Joe Phaahla. So far it is unclear whether B.1.1.529 is more contagious than other variants. It is also unclear whether corona vaccines against the newly discovered virus variant could be less effective.

Measures such as entry bans would completely violate existing norms and standards of the World Health Organization (WHO), said Phaahla. With the announcements on Thursday one only had findings from South African scientists want to share as soon as possible.

Now the US government also wants to restrict entry from southern Africa because of the new Omikron variant. This was announced by the White House. It is a precautionary measure. This affects travelers from South Africa, Zimbabwe, Namibia, Botswana, Lesotho, Eswatini, Mozambique and Malawi. The US restrictions would not apply to incoming US citizens, people with permanent residence permits and other exceptional cases, the authorities said. It was initially unclear when the restrictions would apply should. In the past, they had to be decreed by a presidential decree. That has not happened yet.

Canada has already closed its borders to travelers from southern Africa. For all Canadians and residents there will be mandatory tests before and after arriving in Canada, the government announced. Everyone who has entered Canada from South Africa, Mozambique, Botswana, Zimbabwe, Lesotho, Eswatini or Namibia in the past few days should be tested immediately and be quarantined until the result.

Biden calls for the revocation of vaccine patents

Before a meeting of the member states of the World Trade Organization (WTO), US President Joe Biden called for the corona vaccines to be exempted from the protection of intellectual property. He referred to the virus variant B 1.1.529 discovered in South Africa. "Today's news underscores the importance of addressing this." The US has long been calling for the patents to be released. So far, however, this has failed due to resistance from industry and other countries such as Germany.

According to the manufacturer, the corona drug Molnupiravir from the US pharmaceutical company MSD is significantly less effective than previously stated . According to figures provided by Merck Sharp & Dohme (MSD), the pill, also known as the Lagevrio, reduced the risk of hospitalization or death by 30 percent in a clinical study. At the beginning of October, based on preliminary figures, the company had spoken of a 50 percent reduction. At that time, however, data were not yet available on all participants in the clinical study. That is the case now.

Molnupiravir was in early Novemberin Great Britain as the first country in the world to be approved. The EU drug authority Ema is currently examining approval and, according to its own information, could give an opinion "within a few weeks". On Tuesday, a panel of experts from the US FDA will also deal with molnupiravir.

The EU disease control authority ECDC considers the spread of the new Coronavirus variant Omikron, which was first discovered in South Africa, to be likely in the EU. The risk of the new pathogen spreading in the EU and the European Economic Area is "high to very high," according to a report by the Stockholm-based authority.

According to South African scientists, Omikron could be even more contagious than the currently rampant Delta variant and make the existing vaccines less effective because of an unusually high number of mutations. The World Health Organization (WHO) classified the variant with the scientific name B 1.1.529 as "worrying".

Numerous countries, including Germany and other EU member states, have already stopped air traffic with South Africa and other countries in the region. However, Belgium was the first EU country to report on Friday that an Omicron infection had been found in a traveler from Africa. Cases have also been reported in Botswana, Hong Kong and Israel.

The World Trade Organization (WTO) has postponed its first ministerial meeting in four years for an indefinite period. The WTO announced that an agreement was reached after the outbreak of the new variant led to travel restrictions. That prevented many ministers from reaching Geneva. A new date has not yet been set.

WTO Director General Ngozi Okonjo-Iweala said the postponement did not mean that negotiations should end. "On the contrary, the delegations in Geneva should be fully able to fill as many gaps as possible.This new variant reminds us once more of the urgency of the work that has been assigned to us."

Switzerland, the seat of the World Trade Organization, banned direct flights from South Africa and the surrounding regions on Friday and imposed test and quarantine requirements for travel from other countries, including Belgium, Hong Kong and Israel.

The chairman of the World Medical Association, Frank Ulrich Montgomery, warns of the emergence of dangerous variants of the corona virus . "My great concern is that there could be a variant that is as infectious as Delta and as dangerous as Ebola," he told the newspapers of the Funke media group.

The new South African variant B 1.1.529 is a good example that the virus should not be given a chance to mutate. To prevent further variants, it will be necessary to vaccinate the world for years to come, said Montgomery.

An Ebola infection usually leads to a high fever and internal bleeding and is very often fatal. Without medication, around 50 percent of the sick die, although the proportion can be significantly lower or higher, depending on the type of virus. The Ebola outbreak with the most serious consequences to date was in West Africa in 2014/2015, when more than 11,000 people were killed.

Australia and Brazil impose entry bans because of Omicron

Foreigners who have been in South Africa, Zimbabwe and several other countries in the region in the past 14 days are no longer allowed to enter Australia for the time being, as Health Minister Greg Hunt announced. Australian citizens who have been to the countries concerned must be quarantined for 14 days upon return."Strict, swift and immediate action is now required," said Hunt. Previously, Brazil had also imposed a ban on flights from six South African countries.

In the Austrian Tyrol, a holiday return from South Africa may have been infected with the new virus variant Omicron. The person tested positive for the coronavirus after the trip. There is a specific suspicion that it could be the new virus mutation, said the state of Tyrol. The person concerned is currently not showing any symptoms and has been vaccinated twice. However, the second dose of the vaccine was around nine months ago.

The mutated corona virus could also have already arrived in Denmark. The country's Ministry of Health reports suspected cases of two people whoentered from South Africa. The final result will only be known in the next few days after the virus genome has been completely sequenced. 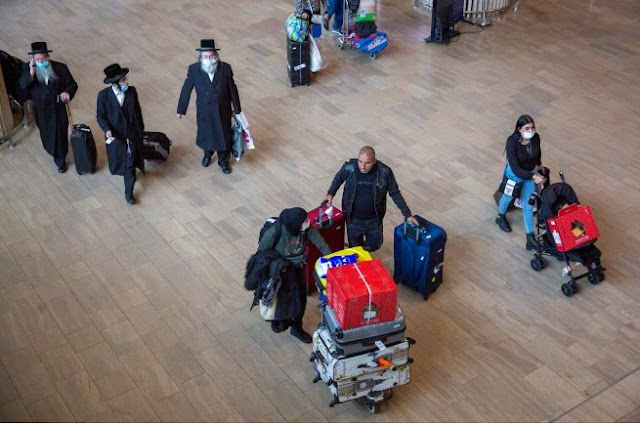 In order to curb the spread of the new variant of the Omicron virus, Israel will largely shut itself off from abroad as of Sunday. This was reported by several Israeli media citing new resolutions by the coronavirus cabinet in the country.

Until further notice, all people who return to Israel from any country - including vaccinated Israelis - must isolate themselves for three days. They should only leave the isolation if the result is negative, it said. Unvaccinated Israelis would have to be isolated for seven days if the test was negative. All foreigners with entry permits to Israel must, according to the information, isolate themselves in a state quarantine hotel.

Israel has confirmed one Omicron case after testing , and seven more are still under investigation. The new variant was found in a returning traveler from Malawi.

US Secretary of State Antony Blinken described South Africa's actions in connection with the Omikron variant as exemplary. In a telephone conversation with the South African Foreign Minister Naledi Pandor, he particularly praised how quickly scientists in South Africa had identified the omicron variant. The US State Department announced. Blinken also highlighted the South African government for its transparency in sharing this information. This behavior should serve as a model for the world.

The South African Institute for Infectious Diseases NICD announced on Thursday that several cases of the new variant B.1.1.529 had been detected in South Africa. The World Health Organization (WHO) has now classified the mutation as "worrying". The exact effects of the variant have not yet been determined. 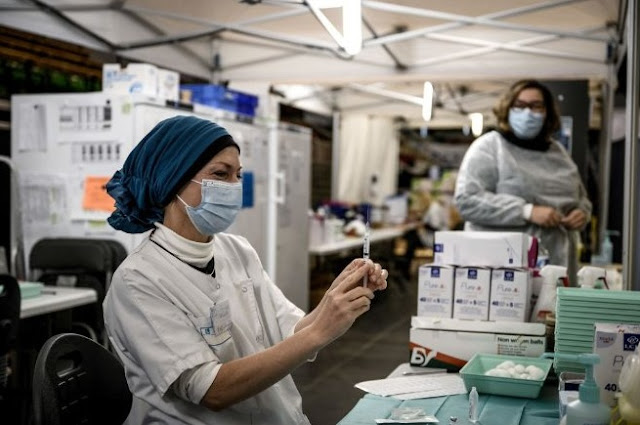 Manufacturers can upgrade vaccine against Omicron

Several pharmaceutical companies such as AstraZeneca, Moderna, Novavax and Pfizer have announced that they can adapt their corona vaccines to Omikron if necessary. Pfizer and its German partner BioNTech let it be known that they would probably be able to customize their vaccine in about 100 days.

The British vaccine expert Andrew Pollard was cautiously optimistic that existing preparations would protect against a serious course of the disease through the new variant.

But you have to wait a few more weeks until this is confirmed, said the director of the research group at Oxford University that developed the vaccine from AstraZeneca, the BBC radio station.