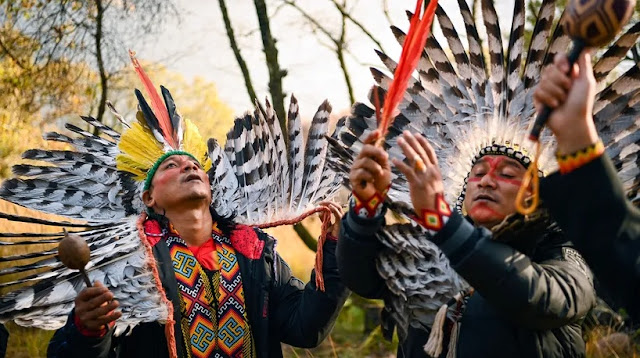 The world climate summit is in the second week of negotiations, but not only activists are skeptical. Heads of government also fear the joint final declaration.

Accompanied by mass protests, the World Climate Conference in Glasgow is entering its second and decisive week. Several politicians, including British Prime Minister Boris Johnson and Acting Chancellor Angela Merkel, have acknowledged the urgency of the round of negotiations. However, many climate activists remain skeptical that the representatives of around 200 countries in the world will actually take effective steps at their summit to stop global warming.

By Friday afternoon, the participating states want to have a so-called rule book ready in Glasgow, which specifies how the Paris climate protection agreement of 2015 is to be implemented in concrete terms. With this, the states hope to reduce global warming to well below two degrees compared to the pre-industrial age.

Progress in the first week of the conference would have put the states in a strong position, said British Prime Minister Johnson, whose government is hosting the UN climate summit. There is still a lot of work to do before a satisfactory joint final declaration at the end of the week.

Johnson, whose government is hosting the summit, expects tough talks. "We all have to pull ourselves together and head for the finish line," he said on Sunday. "Countries must return to the negotiating table this week and be ready to make the bold compromises and ambitious commitments required."

It is still open, for example, how often and in what way the national climate targets should be reviewed. Negotiations are also continuing on climate aid for developing countries. On Monday, for example, it will be about aid for poorer countries affected by the consequences of climate change, as well as dealing with damage and losses that have already occurred due to the climate crisis.

There was quarrel about the issue of climate aid for developing countries even before the summit. The industrialized countries had declared that they would only achieve the promise they made in 2009 to pay $ 100 billion annually to developing countries from 2020 onwards. The poorer countries had insisted on more money in return, pointing out that the industrialized countries were responsible for the overwhelming majority of greenhouse gas emissions in the past few decades.

Gap between announcement and reality

According to observers, there is a gap between previous announcements and reality. In the first week of the meeting, a number of countries tightened their national climate protection targets. More than a hundred countries passed a declaration to stop deforestation by 2030. Around a hundred countries also promised to reduce emissions of the dangerous greenhouse gas methane by 30 percent by 2030. But climate activists complain that major methane emitters such as China, India, Russia and Australia have not joined the declaration.

China announced on Sunday that it would be difficult to achieve the climate protection goals it had set itself. As the State Council of the People's Republic said, according to the state news agency Xinhua, there have been some improvements, but "the protection of the ecosystem and the climate still has a long way to go." China wants to have peaked CO2 emissions by 2030 and be climate neutral by 2060. The country is the largest emitter of greenhouse gases in the world.

In the hot phase of the conference, even more drastic steps would have to be decided, demanded the leading climate activist Greta Thunberg. "Unless we achieve immediate, drastic, unprecedented annual emissions reductions at the source, that means that we are failing in this climate crisis," wrote the 18-year-old Swede on Twitter on Sunday. The famous "small steps in the right direction" would amount to defeat.

In the second week of the summit, the participants would "still have every opportunity to turn it into a diplomatic success," said German climate activist Luisa Neubauer. However, she is not confident.

Thousands of young protesters took to the streets in Glasgow on Friday. They accused the assembled politicians of inaction in the face of the climate crisis. The COP26 was a failure and only "blah , blah , blah" , said the Swedish climate activist Thunberg. Tens of thousands of demonstrators gathered on Saturday . There were also mass protests in London, Paris, Sydney, other cities around the world.

"It is justifiably too slow"

The Executive Chancellor Angela Merkel considers the protests of young people for more ambition in climate protection to be justified. "Glasgow has already brought some results, but from the perspective of young people it is still justifiably too slow," said the CDU politician in an interview published by Deutsche Welle on Sunday evening.

The international community has always done a lot for climate protection, but the reports of the Intergovernmental Panel on Climate Change (IPCC) have become "more and more warning and more and more threatening". "And then I tell the young people, they have to put pressure on and we have to get faster," said Merkel.

Baden-Württemberg's Prime Minister Winfried Kretschmann (Greens) also called for more speed: "We have to step up our commitment to climate protection and do everything we can to move forward much faster and more effectively," said Kretschmann on Sunday at an event in Glasgow.

Numerous ministers and heads of government are on their way to the Scottish city of Glasgow during these hours to take part in the talks. Federal Environment Minister Svenja Schulze will not join until the end of the week, the SPD politician is involved in the negotiations on a coalition of the SPD, the Greens and the FDP in the federal government.