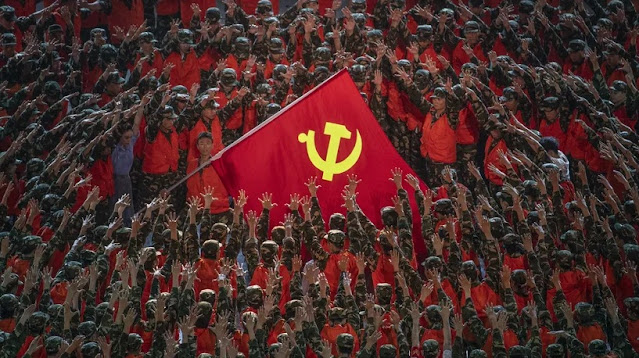 China's communists have only passed a "historic resolution" twice. A third could now follow. It would further consolidate the power of the head of state.

China's Communist Party wants to create the conditions for a possible third term of state and party leader Xi Jinping at a four-day meeting of the Central Committee. To this end, the approximately 370 members of the central body in Beijing are discussing a so-called "historical resolution", a kind of holy scripture for party members with far-reaching effects. In the past, they usually marked a milestone or turning point in the history of the country. After 1945 and 1981, it is only the third time in the party's 100-year history that a resolution in this form is to be adopted.

State founder Mao Zedong was the first to use such a document, consolidating his position in 1945 and sidelining his critics. The paper attested that only Mao was following the "correct political line". Four years later, Mao ousted the nationalists and their leader Chiang Kai-shek from power, thus laying the foundation for the founding of the People's Republic.

Mao and Deng - and now Xi

In 1981 the Communist Party took stock of Mao rule with another "historical resolution" - in line with the then head of state Deng Xiaoping. He wanted to end the chaos under Mao, after his devastating programs "Great Leap Forward" (1958-61) and "Cultural Revolution" (1966-76) to overcome internal rifts. The paper of that time was clearly critical, but held the founder of the state in honor and secured Deng's support for his reform and opening-up policy.

With the new "historical resolution", Xi Jinping is now to be included in the ranks of important Chinese statesmen. While China "rose" under Mao Zedong and became "rich" under Deng, it rose to become a major world power under Xi Jinping, according to the party press. The "great renewal" of the Chinese nation is a "historical inevitability" under Xi Jinping.

In preparation, the personality cult around the head of state had been ramped up in recent weeks. He was portrayed as a "man of determination and action", a man of "profound thoughts and feelings". In addition, his "great political courage and wisdom" was praised. In a comparison with the "helmsman" Zedong it was said: "There is a man at the controls of this great ship."

China had already abolished the presidential term limit in 2018, which would allow Xi to stay at the head of the state for life. In fact, after a good ten years in power, he no longer has any serious rivals in the party. He has consolidated his control over the state and the party by ensuring economically stable conditions, pursuing an energetic foreign policy, heavily arming the military and ordering tough crackdowns against corruption, in which even active and former top officials are not spared.

At the same time, religious groups and human rights activists in China have been hit by massive reprisals. More than a million members of Muslim ethnic groups, for example, have been imprisoned in large numbers and subjected to political indoctrination. It is not only in semi-autonomous Hong Kong that freedom of expression is restricted and opposition voices have fallen silent. At the same time, the regime is increasing the pressure on self-sufficient Taiwan, which it sees as a breakaway province.

The current meeting of the Central Committee should last until Thursday. At the end of this, a communiqué is to be distributed. It is expected that Xi will then be re-elected as party leader at the big party congress next year.