Burma Court Sentences US Journalist To 11 Years In Prison 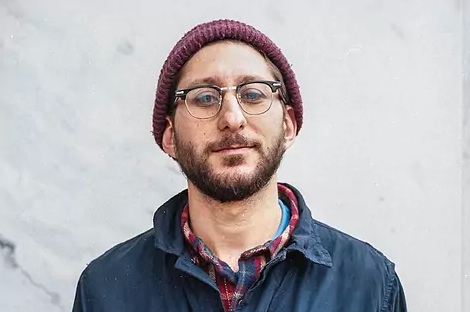 He attributes different crimes to Danny Fenster, including violating a law that punishes anyone who tries to delegitimize the military junta.

A court in Burma (Myanmar) sentenced American journalist Danny Fenster to 11 years in prison on Friday for various crimes, including violating a law that punishes anyone who tries to delegitimize the military junta.

According to the Frontier news portal, for which Fenster worked, the journalist has been sentenced to three years for violating said law, another three for illegal association and five years for breaking immigration law.

In addition to these charges, Fenster, who was arrested in May while trying to leave the country, was charged this week with sedition and terrorism, which could extend his sentence if found guilty.

Frontier said the charges are based on the accusation that he was working for the Myanmar Now newspaper, outlawed by the military junta after the February 1 coup, but the journalist had left the outlet in July 2020 to join Frontier.

The decision was announced today after a closed-door trial in a court inside Insein prison in Rangoon (the most populous city), where Fenster is being held.

"There is no evidence to convict Danny on these charges. His legal team has clearly demonstrated to the court that he had resigned from his job for Myanmar Now and had been working for Frontier since the middle of last year," said Thomas Kean, editor of the newspaper.

"Everyone at Frontier is disappointed with this decision. We just want to see Danny released as soon as possible so that he can go home to his family."

Three other foreign journalists, the American Nathan Maung , the Polish Robert Bociaga and the Japanese Yuki Kitazumi, were previously detained by the military junta, but have already been deported to their respective countries.

Since the coup, more than a hundred journalists have been detained by the forces of the military junta , according to data from the NGO Reporters Without Borders, while it is difficult to determine how many remain in prison after the amnesty decreed in October.

According to the Association for the Assistance of Political Prisoners, at least 1,253 people have died due to repression by the military junta, while 10,034 have been detained, including the de facto leader and Nobel Peace Prize winner Aung San Suu Kyi.

The coup led by General Min Aung Hlaing has plunged the country into a political, social and economic crisis, as well as into a spiral of violence with the birth of new civilian militias that have exacerbated the guerrilla war that the country has been suffering from for some time decades.

The Burmese Army justifies the coup by an alleged electoral fraud in the elections of last November, in which the Suu Kyi led party destroyed, as it did in 2015, and which were considered legitimate by international observers.