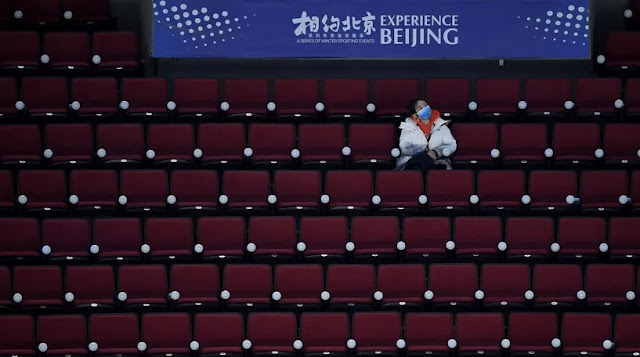 After the USA, the British government is also considering not sending diplomats to the games. They wants to demonstrate against human rights violations.

After the USA, Great Britain is now considering diplomatically boycotting the Olympic Winter Games in Beijing. This was reported by the Times on Saturday. According to the report, the British government is advising whether it will only send its ambassador to China to the games in February, but not British ministers. US President Joe Biden confirmed on Thursday that his government is also considering a diplomatic boycott of the Winter Games in Beijing.

British Foreign Secretary Liz Truss supports the protest. According to the report, five Conservative politicians had written to Prime Minister Johnson asking him to refrain from any diplomatic representation of Great Britain at the Winter Olympics in February.

Read also: China's Dominance In International Institutions Should Be Examined, US Think Tank

In February, an alliance of 180 international human rights groups and representatives of minorities in China asked the international community not to take part in the February 2022 Games. "Anything else is seen as support for authoritarian rule and the undisguised disregard for civil and human rights by the Chinese Communist Party," the alliance said in an open letter.

The International Olympic Committee with the German President Thomas Bach recently rejected all boycott demands. A boycott is the "wrong answer to such questions".

Seven US Republican Senators called for Beijing to withdraw the Games in February. They referred to the persecution of Uyghurs and Tibetans as well as China's threats against Taiwan. The Senator Rick Scott introduced a resolution in the Senate.