Afghanistan War | The Additional Costs Of The War Forced The United States To Withdraw From Afghanistan, The Report Said 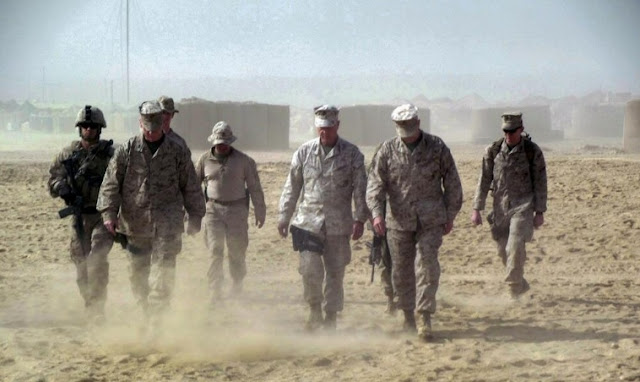 According to unofficial estimates, US spending on the 20-year war in Afghanistan was double that of the Department of Defense (DOD), an official report said.

Dawn newspaper reported that according to the Special Inspector General for Afghanistan Reconstruction (sygar) is a government agency that reports directly to Congress, said the latest data released this week.

The figures draw attention to the fact that the United States had reconsidered its Afghan strategy on rising spending.

The report points out that the United States spent 2.2 trillion on the Brown University war plan for the 20-year war from 2001 to 2021.

The project was sponsored by the university's leading Watson Institute for International Public Affairs.

Watson's report covers the DOD's 933 billion overseas potential operation (OCO) budget, and the US spending of 59 billion in the OCO budget in Pakistan and Afghanistan.

In contrast to the DOD Expenditure Report, the Watson Report estimates the total cost of the war in Afghanistan at 433 billion more than the DOD.

Of this, 296 billion is for disability and medical expenses for veterans, while 530 billion is interest-bearing debt.

The DOD's latest war report, released on June 30, 2021, states that its overall contribution to Afghanistan includes post-war and post-war reconstruction, with a total cost of 839.8 billion.

Relevant liabilities and reconstruction costs paid by the country, USAID and other agencies have reached 49.7 billion.

The SIGAR report notes that in 2002, Congress set aside more than 145.96 billion for reconstruction and related activities in Afghanistan.

Of that amount, 110.26 billion was earmarked for an active reconstruction project.

The International Narcotics and Law Enforcement Agency (INCLA) said it had allocated a total of 5.5 billion and 570 million in funds as of June 30, 2021.

Similarly, on September 30, 2021, about 3.59 billion was allocated for six reconstruction projects, which have not yet been distributed.

The fall of Kabul took place in mid-August this year, leading to a stalemate in Congress' funding of the Afghanistan Security Forces Fund (ASFF).

This included funding for equipment, supplies, service training, and salaries for the Afghanistan National Defense Forces (ANDSF), as well as infrastructure reconstruction and rehabilitation facilities.

In fiscal year 2020-21, DOD once again set aside 1.46 billion for the ASFF to raise foreign aid and civic assistance (OHDACA) and transportation capital funds (TWC). F) to expel foreigners from Afghanistan.

According to the DOD, the total amount due after the increase has reached 193 million, while the total payments have increased by 514.6 million.

The SIGAR report also cites a joint statement issued after the Virtual Meeting of Foreign Ministers on September 8, 2021, which stated that a sustained international focus is needed on Afghanistan's humanitarian needs.

The virtual meeting was attended by the Foreign Ministers of Pakistan, China, Iran, Tajikistan, Turkmenistan and Azerbaijan.

Afghanistan At the meeting, six neighboring countries expressed their views on providing facilities for cross-border shipments to Afghanistan and keeping ports open for access to outside support.

The statement added that the process, along with humanitarian assistance, would help Afghanistan restore economic, trade and trade ties with countries in the region.

SIGAR documents further stated that Pakistan had reported that Afghanistan's exports had declined by 73% since the Taliban took power in Afghanistan and that the country's economic crisis had escalated.

On the other hand, Pakistan saw a 142% increase in the value of Afghan exports between August 16 and September 30, compared to July 1 to August 15. Pakistan and Afghanistan are important trading partners.

SIGAR's report noted that Afghanistan's total imports in 2019 were 7.33 billion, while its exports were 975 billion.

According to the World Trade Organization (WTO), Afghanistan's merchandise trade had a negative balance of 6.36 billion, or 30.1 percent of GDP.