US military has killed al-Qaeda leaders with a drone

The US claims to have killed one of the leaders of the terror network in Syria. According to current knowledge, civilians were not harmed.

The US military claims to have killed one of the leaders of the Al-Qaeda terrorist network in Syria. Abdul Hamid al-Matar was killed in a drone attack in northwest Syria, a spokesman for the US Central Command said on Friday. According to current knowledge, civilians were not harmed in the attack near Suluk.

The killing of al-Matar will affect al-Qaeda’s ability to "plan and carry out further attacks worldwide," added the army spokesman. The extremist organization continues to "pose a threat to the United States and our allies." Al-Qaeda is using Syria as a retreat to regroup and plan missions abroad.

According to the Pentagon, the US had already killed an al-Qaeda commander in a US air strike in the Idlib region in northwest Syria at the end of September. The drone attack on al-Matar came two days after an attack on an air base in southern Syria used by the US-led anti-IS coalition.

Around 500,000 people have been killed in the country since the civil war in Syria began in 2011. More than 6.6 million others sought refuge abroad. 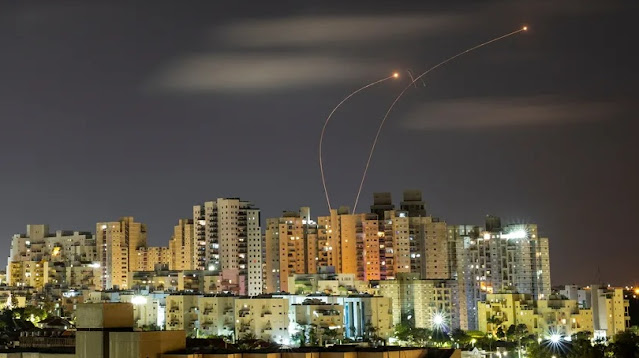 Israel has classified several groups as terrorist because of alleged links to left-wing extremists. Members can now be prosecuted.

Israel's Defense Minister Benny Gantz has declared six Palestinian non-governmental organizations to be terrorist organizations. The groups - including the human rights organization Al-Hak and the Addameer prisoners' association - have ties to the militant Popular Front for the Liberation of Palestine (PFLP), it said in a statement.

The organizations are among other things crucial for the financing of the PFLP. They would have received large sums of money from European countries. The PFLP also used the money to make payments to the families of assassins.

The PFLP is a left-wing extremist, Marxist-Leninist movement that has carried out terrorist attacks against Israelis, among other things. The organization has also been active in Germany since the 1970s . The EU and the US list the PFLP as a terrorist organization.

In addition to Al-Hak and Addameer, founded in 1979, the new measure in Israel also affects the Defense for Children International-Palestine organization, the Bisan Center for Research and Development and the Union of Palestinian Women's Committees and Union of Agricultural Work Committees. Most of the groups listed want to document alleged human rights violations by Israel and the Palestinian Authority, both of which regularly arrest Palestinian activists.

According to the Israeli government, this decision bans any activities of the groups in the country. Anyone who joins them or supports them could be prosecuted, it said. Israel will turn to international agencies that support these organizations financially or work with them. The aim is to end this aid.

Shavan Jabarin, director of Al-Hak, described the move as a "dangerous development," as the Palestinian news agency Wafa reported. It is a tactic to stop the facilities and drain their financial resources.

The Israeli human rights group B'Tselem declared its solidarity with the Palestinian groups. The clear goal is to shut down the organizations. They are proud of the work they have done together over the past few years and are determined to continue, it said.

The human rights organizations Amnesty International and Human Rights Watch also criticized Israel's decision. "This terrible and unjust decision is an attack by the Israeli government on the international human rights movement," it said in a joint statement.