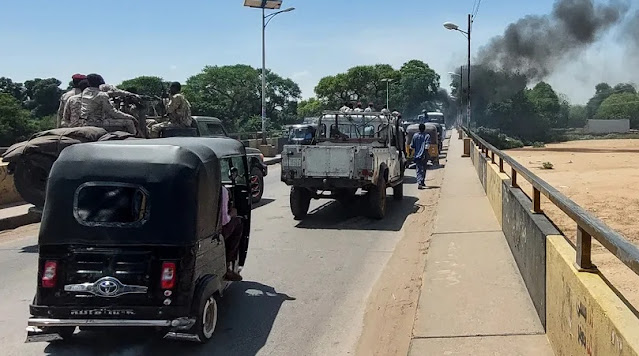 There is apparently another attempted coup in Sudan. According to media reports, Prime Minister Abdalla Hamdok was placed under house arrest by a military unit.

In Sudan there was apparently another attempted coup from the ranks of the military: armed men arrested several leading members of the government. The arrests had taken place in their homes, it was said from government circles. Al Hadath TV reported that the military had placed Prime Minister Abdalla Hamdok under house arrest. An unidentified military unit therefore besieged his house.

After the fall of President Omar al-Bashir in 2019, the North African country has had a government made up of military and civilians for over a year. However, conflicts in the country continue to smolder. In addition, according to the authorities, there are repeated attempts by Bashir's supporters to weaken or overthrow the government. An attempted coup failed in September. In March of last year, Hamdok escaped an attempted assassination.

Protests in the capital

The trade union federation SPA, which led the protests against al-Bashir in 2019, called on people in the country to take to the streets to prevent the military from coming to power. According to the SPA, the Internet and telephone network in the country also partially did not work on Monday.

Protesters gathered in the capital, Khartoum, and blocked roads. In the past few weeks there had been repeated protests by various groups in the African country. One side called for the establishment of a civilian government and the other for the military to dismiss the incumbent transitional government.

In the past few months, the incumbent transitional government initiated a series of economic reforms in order to qualify for debt relief from the International Monetary Fund (IMF). In the course of the reforms, among other things, state subsidies for fuel were cut. Other measures also led to a massive loss of confidence in the transitional government.