Osman Kavala | The Kavala Case Is Not About Turkey "Internal Affairs" 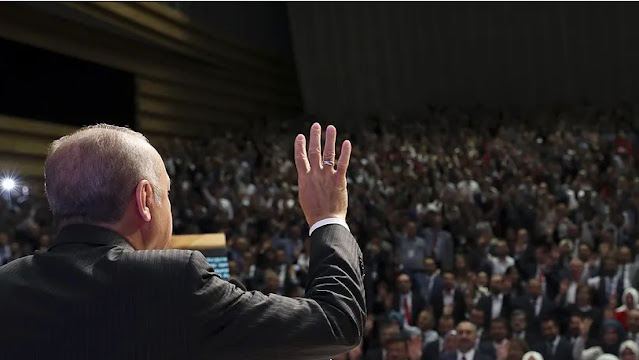 The diplomatic crisis between Erdogan and the West has been resolved for the time being. But there is more to it: internationally documented human rights. And the future of Turkey.

Erdogan's threats can no longer be relied on either. Last weekend the Turkish President threatened to have ten Western ambassadors, including the German one, deported as "undesirable persons". But after several haunting phone calls between Ankara , Washington and Berlin and a reassuring tweet from the US embassy in Ankara, Erdogan relented: expulsion canceled. But is that also the end of the crisis?

Not at all. Recep Tayyip Erdogan had wanted to expel the ambassador, because she urged him to comply with a judgment of the European Court of Human Rights (ECHR): Turkey should release the detained 2,017 Turkish cultural sponsor and philanthropist Osman Kavala. The Turkish judiciary initially accused Kavala of inciting the Gezi protests and, more recently, of participating in the attempted coup in 2016. The ECHR and many observers consider these allegations to be constructed.

In fact, it's about something completely different. On the permanent construction site to perfect his power, Tayyip Erdogan increasingly get in the way of financially independent actors and civil society initiatives, generally independently acting Turks. He no longer trusts civil society since the crisis he caused himself in Gezi Park in 2013. In fact, the Kavala case stands for a much bigger question: Should Turkey eventually become an open society again or turn completely into the closed event of an authoritarian ruler? That is the core conflict. And Kavala is only an object of this dispute.

Osman Kavala, Anadolu Kültür Foundation financed many Turkish cultural projects; it worked with the Goethe Institute together to bring Turkish writers to Europe and European writers to Turkey. Kavala is a reserved person, sometimes he seemed much too modest to me for what he achieved. In the German-Turkish Youth Bridge, on whose advisory board, he advocated encounters between Turkish and German youth with many ideas. His arrest in 2017 came as a complete surprise because many, including Kavala himself, had not realized how far Erdogan's campaign of revenge against individuals would go. Since 2017, the judiciary has been covering Kavala with increasingly weird procedures. The political pressure behind it is obvious.

The Turkish President called Kavala the "Turkish Soros", compared him to the American patron and financial tycoon. The comparison is wrong, because Kavala never speculated against central banks or entire states. But the president may have discovered an opponent in him, because Erdogan is aiming to split Turkey in order to maintain power, while Kavala has always worked on reconciling the country.

For Erdogan, the dispute with the philanthropist is an "internal affair of Turkey". The US embassy also indirectly accepted this formula when, in its tweet at the beginning of the week, it vowed to adhere to the Vienna Agreement on diplomatic relations, which provides for non-interference in the internal affairs of the host country. But this is not about "internal affairs", but about internationally agreed and documented human rights.

Turkey is a member of the Council of Europe, and that means that every Turk can appeal to the European Court of Human Rights. And in the case of Kavala, he decided on release. The verdict is binding on Turkey. The next opportunity to implement it comes on November 26th, when the trial against Kavala will continue. Four days later, the Council of Europe deadline for Turkey to release Kavala according to the ECtHR ruling expires. If that does not happen, disciplinary proceedings should start, at the end of which there may be exclusion.

Erdogan is of course free to leave the Council of Europe, of which Azerbaijan is a member, albeit a scandalous one. But Belarus with the dictator Alexander Lukashenko is not a member. Is this really the league Erdogan wants to relegate to?