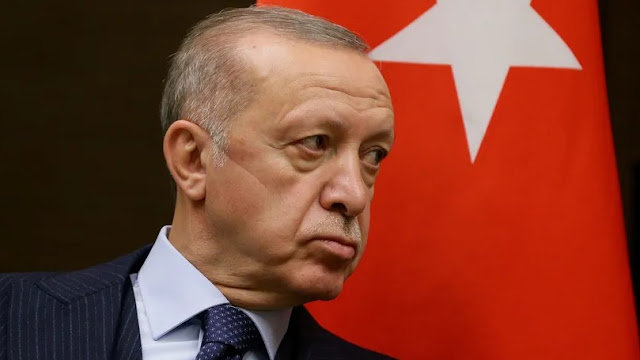 Human rights activist Osman Kavala has been in Turkish custody without judgment for years. Diplomats from European countries had asked for his immediate release.

In the dispute over the imprisoned Turkish human rights activist Osman Kavala, Head of State Recep Tayyip Erdogan has the German ambassador, the US ambassador and eight other ambassadors declared "undesirable persons".

Erdoğan said that he had instructed the Foreign Ministry to declare the diplomats persona non grata "as soon as possible". The ambassadors made a joint appeal earlier this week to demand the release of Kavala, which aroused the anger of the Turkish government.

The Turkish Ministry of Foreign Affairs then summoned the ambassadors of Germany and nine other countries, including the USA, France, Canada and Denmark, because of the demand. Interior Minister Süleyman Soylu had said that a recommendation by the ambassador to the judiciary in an ongoing process was unacceptable.

Kavala has been detained in Turkey for four years. However, he was never convicted. He was originally arrested on charges of funding and organizing the Gezi protests, which were critical of the government in 2013. He was acquitted of the charge by a court, but was arrested again a short time later. He was accused of espionage and of supporting the attempted coup against Erdoğan.

The Council of Europe had already announced that it would initiate proceedings against Turkey if Kavala would not be released. A new hearing on the case is planned for the end of November in Istanbul. If convicted, Kavala faces life imprisonment.