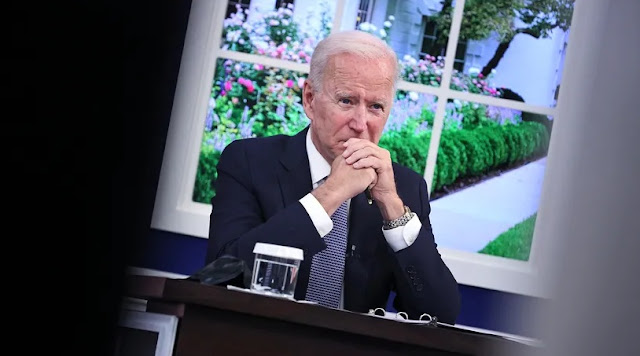 The US wants to return to the nuclear deal under Joe Biden, but success is uncertain. In the event of failure, like Israel, they do not rule out any options.

In the nuclear dispute with Iran, the US and Israel have again threatened consequences if a diplomatic solution to end the Iranian nuclear program cannot be found. Both states fear the construction of an Iranian atomic bomb. "We know that there are moments when nations have to use force to protect the world from evil," said Israeli Foreign Minister Jair Lapid at a meeting with his counterparts from the US and the United Arab Emirates in Washington.

"When a terror regime is about to get a nuclear weapon, we have to act and make it clear that the civilized world will not allow this." Israel reserves the right to act at any time and in any way. "That is not only our right," said Lapid of the threat, "it is also our responsibility."

US Secretary of State Antony Blinken supported the Lapids course. "We will consider all options," he said after the meeting. The best way to prevent an Iranian nuclear weapon is still a diplomatic solution. However, the US is ready to turn to other options. Blinken accused the Iranian government of a lack of willingness to enter into dialogue and warned that the time for a negotiated solution was running out.

A return to the 2015 nuclear agreement, which provided for the withdrawal of Western sanctions against abandoning a military nuclear program, is considered uncertain. The US special envoy for Iran Rob Malley warned that it was "quite possible" that a continuation of the agreement will not succeed. That makes agreements between the US and partners in the region necessary in order to prepare for such a scenario, said Malley.

Read more: Pandora Papers: How Were The Revelations In These Documents Reported Around The World?

US President Joe Biden had already said in the summer that the US would initially rely on diplomacy in relations with Iran. The Iranian Security Council then interpreted and condemned the reference to "other options" as an "illegal threat". Israel Defense Minister Benny Gantz said in August: "It is time for diplomatic, economic and even military action." In May, the then Iranian President Hassan Ruhani announced that the agreement was imminent.

Since then, the atmosphere in the negotiations has deteriorated. Talks about reviving the nuclear deal began in Vienna in April. However, they were interrupted by the Iranian presidential election in mid-June and the subsequent change of government. Since the election of the ultra-conservative clergyman Ebrahim Raisi as the new president , the talks have been on hold. Finally, he reiterated his call for all sanctions to be lifted.

The United States unilaterally withdrew from the agreement in 2018 under the then President Donald Trump. Iran reacted to the reintroduction of sanctions by enriching radioactive material beyond established limits. Biden demands that Iran again comply with the requirements of the agreement before the US rejoins.